Sol Campbell has sent a message to Unai Emery and has urged the Arsenal boss to sell TEN flops this summer.

The Gunners are battling for a top four place, along with Tottenham , Chelsea and Manchester United , with two spots still available. 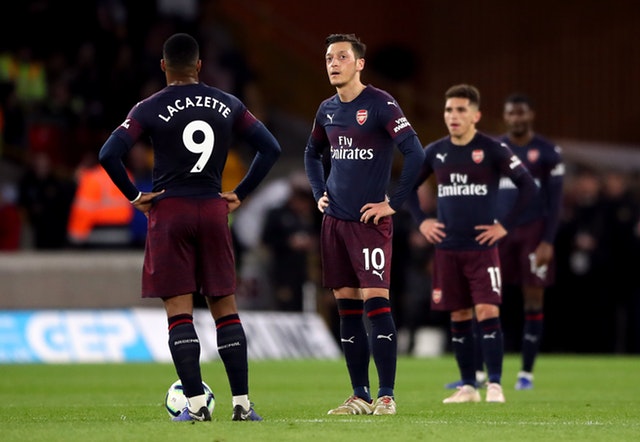 Spaniard Emery has also guided the north London outfit to the Europa League semi-finals, where they will face Valencia, in his first season at the club and equalled last year’s final Premier League points tally with three fixtures still to play.

But there has still been an underlying feeling that it has been a disappointing campaign for the Gunners – which will be multiplied if they fail to guarantee a Champions League spot.

Shkodran Mustafi has been a player place in the limelight of failure by Gunners fans, with his blunders costing Arsenal last week in their 3-2 defeat to Crystal Palace , and there have been calls for him to be chopped when the transfer window opens.

But Gunners legend Campbell, who is currently in charge of League Two Macclesfield, reckons there are more flops than just German Mustafi who should exit the Emirates at the end of the season.

“I’m not just blaming [Shkodran] Mustafi for what happened at Crystal Palace because I think it was a team thing, although he made a mistake.

“There are 10 players who Arsenal really need to look at getting out of the club.

“I think the fans need to not fall for the name on the back of the shirt.

“What the fans have to do is see what the players do on the pitch and can they fight and have the desire for the club.

“It may not be a world-class name but we got showed up by Wolves and not many people knew who these Wolves players were at the start of the season.”

Derby County player of the year: I was surprised to win–Tomori