By Segun Balogun On Apr 9, 2019 0
Canada coach Kenneth Heiner-Moeller has praised the Super Falcons despite his team’s 2-1 win over Nigeria on Monday. 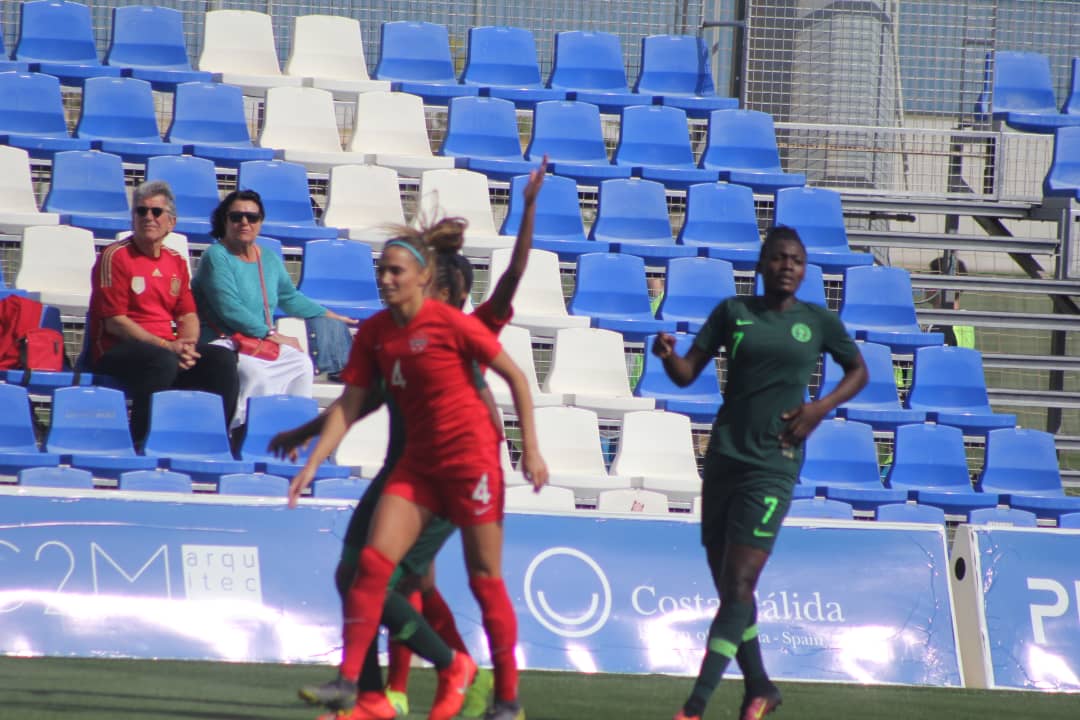 The Falcons matched world No 5 Canada for most of the game before they fell 2-1 in a friendly in Murcia, Spain.
It was the first game this year the top-ranked Canada failed to keep a clean sheet.
“It definitely was a battle. They gave us some physical challenges but I think we stood up to it,” said Canada coach Kenneth Heiner-Moeller.
“The most important thing was we showed composure, after going 1-0 down, it’s about keeping our structures right and keeping our composure.
“The second half was about us having more players in the penalty area and we definitely became more dangerous.”
Both teams are preparing for the Women’s World Cup in France in June with the Canadians hoping this game will prepare them for a World Cup clash against Africans Cameroon.
Desire Oparanozie put Nigeria ahead after 26 minutes, when she coolly finished off a superb Uchenna Kalu through ball.
However, Canada restored parity on 48 minutes through Backie Janine, before they grabbed the winner five minutes later courtesy of a free header by substitute Schmidt.
Loading...
CanadaKenneth Heiner-MoellerSuper Falcons

Liverpool to move for Hazard this summer

Enyeama to wife: You are my happiness