Capello: Man City are favourites without Ramos for Real Madrid

Former Real Madrid manager Fabio Capello believes  his former side will struggle to turn around the 2-1 deficit against Manchester City in their last-16 Champions League clash.

Pep Guardiola’s side will welcome Zinedine Zidane’s men to the Etihad Stadium on Friday, August 7, at 21:00 CET.

“The pressure will help Real Madrid.

“They finished the La Liga season brilliantly and they won the title.

“But I think they have one important problem.

“Without Sergio Ramos, when you have to defend, it will be really difficult.

“Sergio Ramos is the captain, the leader in the dressing room… he’s the leader on the pitch.

“The personality of this player is really important for all the players.

“But another really important leader is Zidane.

“Someone told me that when he speaks, all the players stay quiet.

“They try to understand what he wants to say. This is really important.

“I think Guardiola is also the same.

“The personality of the coach is one of the most important things when you’re in charge of big clubs like Man City or Real Madrid.”

When asked about who will reach the quarter-finals, Capello once again pointed to the absence of Ramos as a key factor.

“I thought in the last two games that they played before the end of the season, Manchester City were in fantastic form,” he noted.

“They are really dangerous when they go forward.

“In the past I thought Guardiola has made some tactical mistakes in midfield, but now, when they lose the ball, they try to recover it. 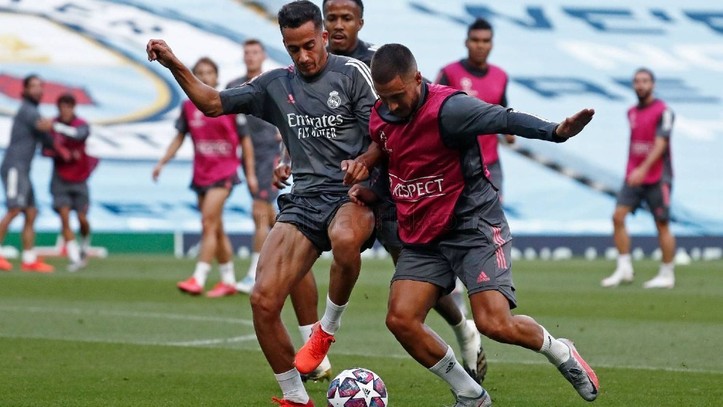 “The problem when you play City is how well can you defend against them.

“So, I think, for me, I prefer Man City, because without Sergio Ramos, when you have to defend against City going forward, it will be difficult for Real Madrid.”