Liverpool booked their place in the quarter-finals of the Carabao Cup courtesy of a penalty shootout victory over Arsenal following a remarkable 5-5 draw inside the 90 minutes at Anfield.

Jurgen Klopp’s side had not lost on home soil for 27 games and 13 months ahead of the match, but that record looked in serious jeopardy despite Shkodran Mustafi’s comical own goal giving them a perfect start after only six minutes.

That would prove to be only the beginning of the drama in a topsy-turvy and frenetic EFL Cup classic, and Arsenal were 3-1 up half an hour later courtesy of Lucas Torreira’s controversial equaliser and a brace from Gabriel Martinelli. 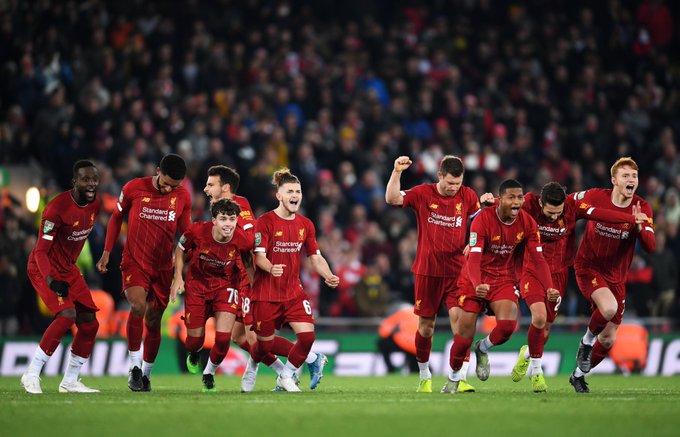 James Milner’s penalty reduced the deficit back to one before half time, but it was an error from Liverpool’s captain for the night which allowed the Gunners to restore their two-goal cushion when Ainsley Maitland-Niles scored.

Liverpool refused to lie down as stunning strikes from Alex Oxlade-Chamberlain and Divock Origi lit up an otherwise error-strewn performance to restore parity, only for Joe Willock to then throw his name in the hat for goal of the game with a long-range screamer of his own.

The hosts were given five minutes of stoppage time to rescue a penalty shootout, and Origi once again stepped up with an acrobatic finish in the 94th minute to make it 5-5 – a 10-goal tally which did a relentlessly action-packed match justice.

Indeed, the 90 minutes were even higher-scoring than the shootout itself, with Dani Ceballos’s miss allowed Curtis Jones the chance to score the winning penalty in front of the Kop end on his senior home debut for his boyhood club. 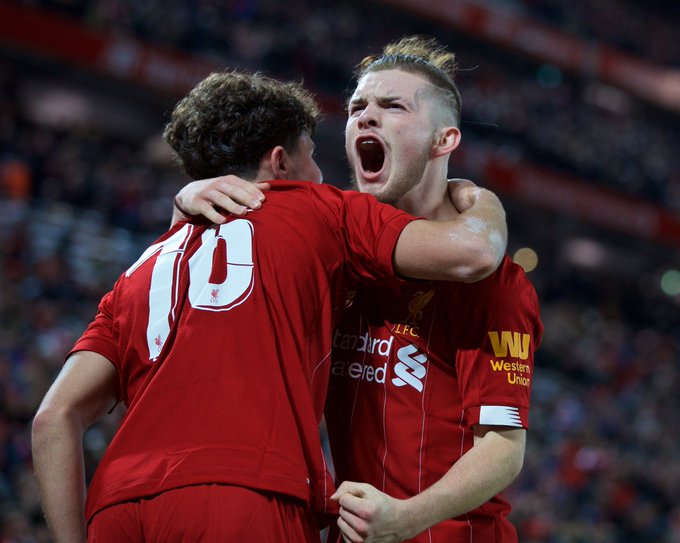 Both managers made the full 11 changes to their starting lineups, including a rare Arsenal appearance for Mesut Ozil, who had not featured at all since the previous round.

As expected, there were a number of young players included in both teams, and it was the youngest on the pitch who had the first sight of goal when 16-year-old Harvey Elliott curled an effort high and wide when looking for the top corner.

It was one of the most experienced players who made a critical error for the opening goal as Shkodran Mustafi put the ball past his own keeper in calamitous fashion, attempting to cut out Alex Oxlade-Chamberlain’s low cross into the box but only succeeding in clipping it against his own leg and in. 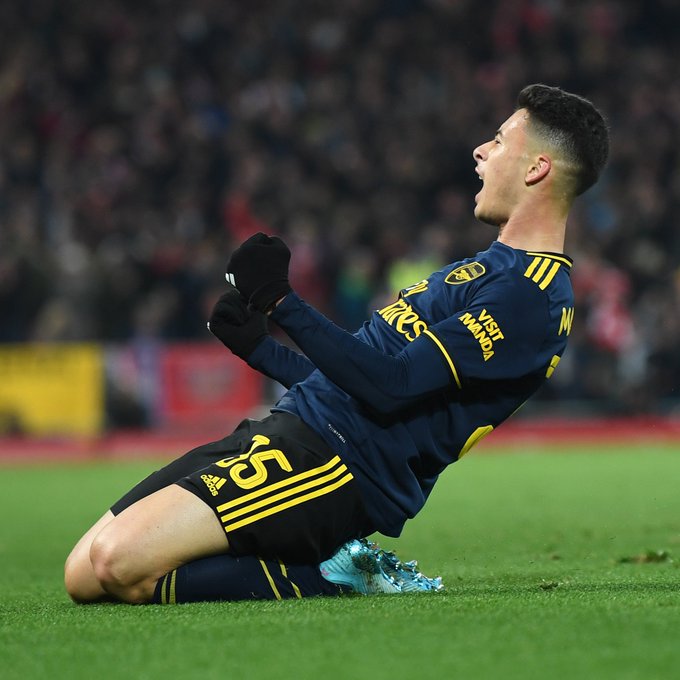 Mustafi immediately offered a hand of apology for the type of howler which has become something of a trademark for him in recent years, and the defence was once again found wanting shortly afterwards when Adam Lallana scooped a pass into the box for Oxlade-Chamberlain, whose poor touch denied him a golden opportunity.

It took until the 19th minute for Arsenal to seriously threaten Liverpool’s goal, and that produced their equaliser as the Gunners benefitted from some disorganised defending as well as the lack of VAR in the EFL Cup.

A prolonged spell of possession in and around the Liverpool box eventually ended with Bakary Saka’s shot being saved by Caoimhin Kelleher, but he could only parry the ball out into a dangerous area where Lucas Torreira was waiting to tuck the rebound home. Replays showed that he had done so from an offside position, but the linesman’s flag stayed down and the goal stood. 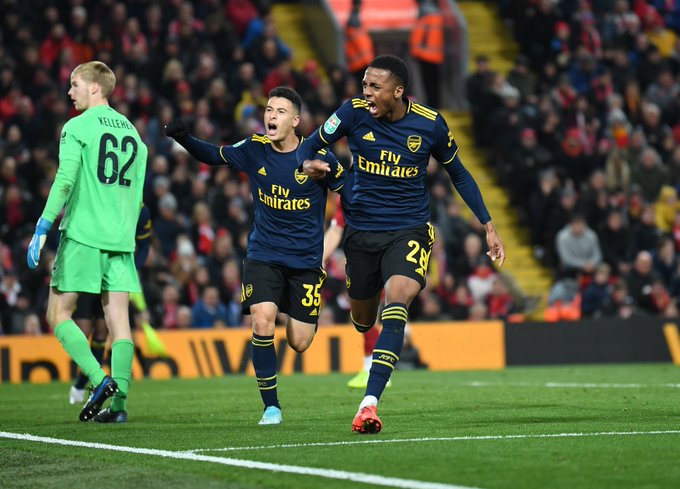 It was another rebound which saw Arsenal take the lead in the 26th minute as Kelleher again pushed the ball back into the danger zone – this time after a deflection from Sepp van den Berg – and Gabriel Martinelli was the man on hand to lash the follow-up strike into the roof of the net.

Liverpool’s first shot on target did not arrive until the half-hour mark when Rhian Brewster’s header was comfortably saved, but by then it was Arsenal who were beginning to look most like scoring and sure enough their third arrived nine minutes before half time.

Mistakes leading to goals were a theme of the first half, and that was the case again when Elliott gifted possession to Ozil, who combined with Bukayo Saka to tee up an unmarked Martinelli for his second of the night – repeating his brace from the previous round. 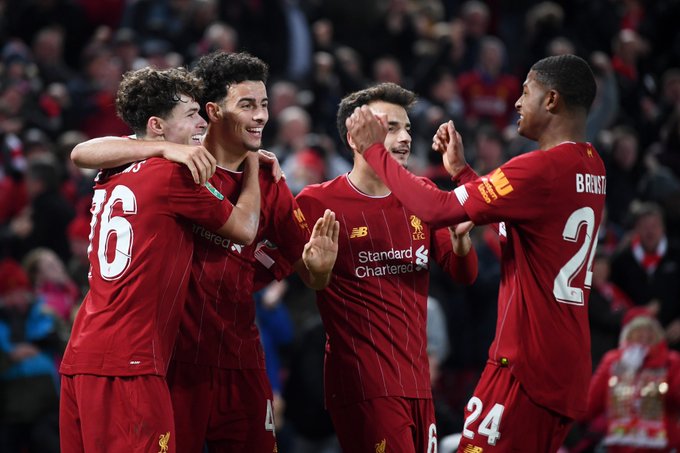 The Brazilian is now the highest-scoring teenager in the top five European leagues with seven goals in as many games, but he went from hero to villain within six minutes when he gave away a penalty at the other end just before half time.

Martinelli was adjudged to have caught Elliott when making a wild swipe at the ball inside the area, and James Milner made no mistake from the spot by sending the keeper the wrong way.

There was still time for big chances at either end before half time, though, as first Martinelli squandered his opportunity for a hat-trick by miscuing a header and then Divock Origi sent a header of his own off target moments later when he should have done better.