Champions League: Players who ask for VAR to get yellow card 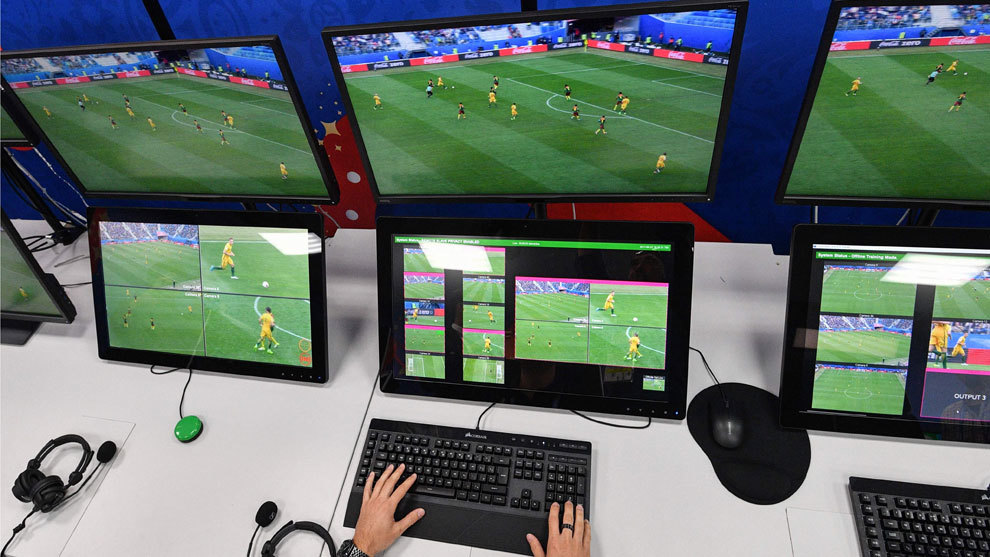 Players who ask for Video Assistant Referee (VAR) will be booked by the referee with a yellow card.

This is part of the rules as VAR will be used tonight for the time time in the history of the Champions League.

Both Roma‘s meeting with Porto and Manchester United‘s blockbuster clash with Paris Saint-Germain will see the technology feature, with UEFA having made the decision to implement the rules if flaunted.

EUFA is introducing the technology after seeing how successfully it was used during the 2018 World Cup.

AS gathered players, coaches and journalists alike have all had the system explained to them with regards to how it will work and what it’s permitted to be used for, but there are some new features that are unique to the UEFA Champions League:

The system is intended to protect football, and the VAR official will intervene when there is evidence of violent conduct, an act which the guilty party will receive a red card for.

2. The monitor will be used more

VAR only serves as a recommendation tool for the referee, who must still always make the final decision.

This will see the monitor placed in the dugout used more often than in other competitions across the continent.

UEFA wants to make the television audience aware of what is going on during a VAR review.

The replays that the referee will see through the VAR monitor positioned in the dugout will also be broadcast on television.

This is a way of providing the audience with the maximum amount of information.

Graphics will also be used on stadium screens where applicable.

4. VAR teams will include experienced figures

UEFA has mandated that every single stadium will provide a VAR room for the officials in charge of the system.

The main VAR official will be from the same country as the on-pitch referee if the league of that nation utilises the technology domestically.

In the room there will be an assistant, two video operators and a quality control manager.

5. Players who ask for VAR will receive a yellow card

In what is the modern equivalent of players being booked for brandishing the imaginary card, players who gesture that VAR should be used will also be cautioned.

Read Also: VAR will be introduced to Premier League from 2018-19

UEFA has produced a study which shows the ball is in play for an average of 61 minutes and eight seconds in Champions League matches.

The message for referees is to use VAR and add all the lost time onto the end of the match.

7. VAR is in operation until every player has left the pitch

If there is an incident off the pitch, or in the tunnel, then VAR still has the power to inform the referee who can then show a retrospective red card.

8. Racism will not be tolerated

The battle against racism in footballing stadiums has taken on a renewed important in light of recent events across the continent and VAR will be permitted to inform the referee when a racist gesture or comment has been made, or when there has been a provocative celebration.

9. Handball has been clarified

UEFA has recognised that handball is one of the more contentious issues of the modern game.

With the assistance of VAR, match officials have told that both deliberate actions and the unnatural positioning of hands will result in an infringement.