Out of favour Nigerian star, Victor Moses made his second appearance for Chelsea in their 3-1 defeat against Bate  Borisov in their Europa League game played at the Stamford Bridge on Thursday night.

Moses was introduced in the 57th minute for Brazilian international, Willan. 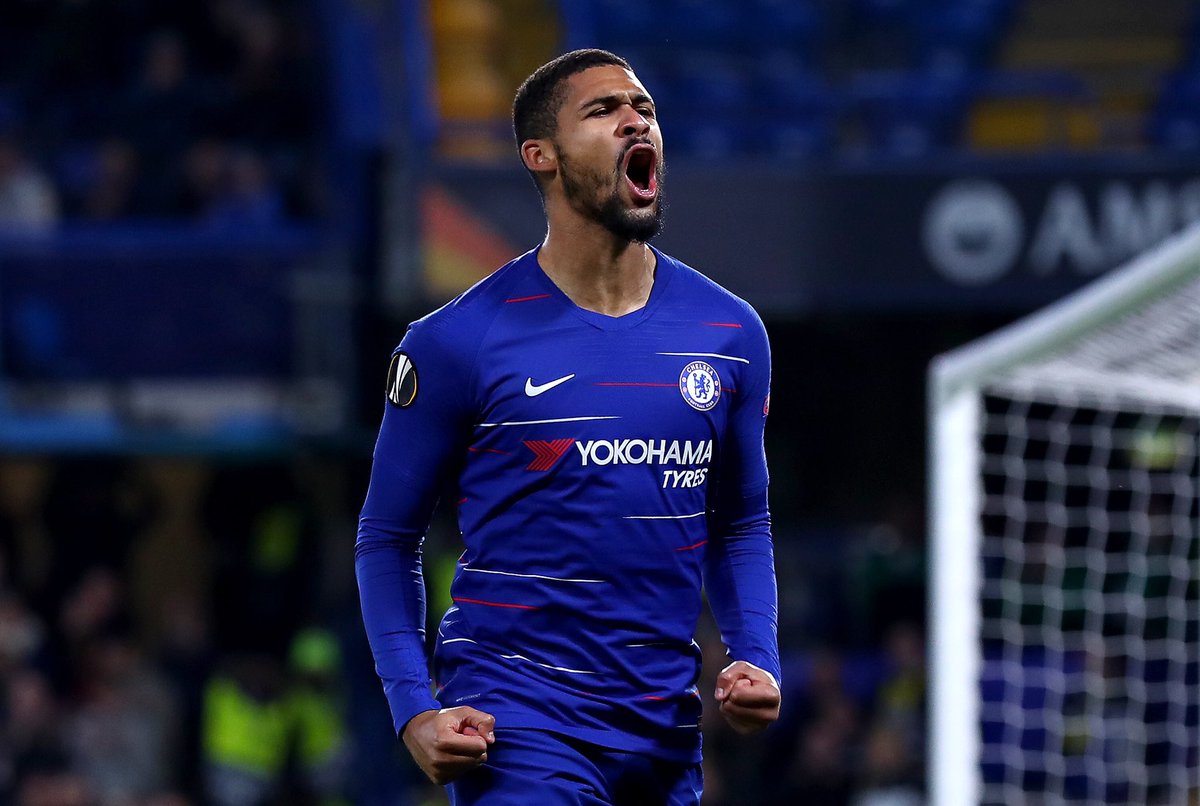 Ruben Loftus-Cheek emphatically took his chance to shine for Chelsea, scoring a hat-trick in a one-sided Europa League encounter.

The midfielder, overlooked by Blues boss Maurizio Sarri this season, scored twice in the opening eight minutes  and netted again early in the second half.

Loftus-Cheek’s display delighted the home crowd, whose team strolled to a third win from three Group L matches, although they switched off with 11 minutes remaining, allowing Aleksei Rios to pull a goal back with a close-range tap in.

Loftus-Cheek opened the scoring by firing home from near the penalty spot after just two minutes.
Davide Zappacosta did superbly on the right and picked out the England international, who applied the finish.

Loftus-Cheek then nudged in Willian’s corner to double the Blues’ lead.
Chelsea continued to dominate and shortly before half-time Loftus-Cheek went close to completing his hat-trick with a header, again after being set up by Zappacosta.

His third goal did arrive nine minutes after the interval.

When the loose ball fell to him after Pedro was tackled, Loftus-Cheek tried his luck with a strike from near the edge of the penalty area which keeper Denis Scherbitksi could only push onto the post and in.