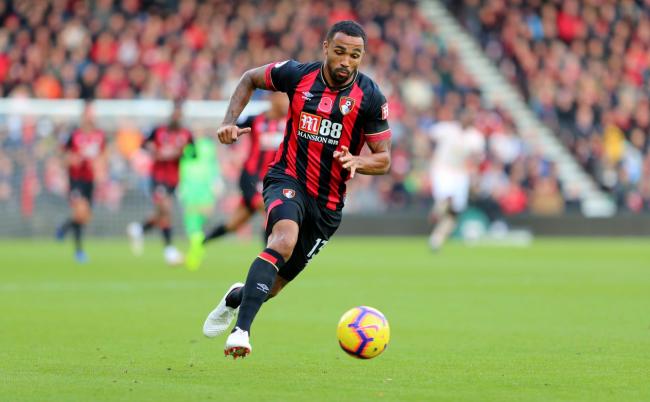 The English player has been linked with a January move to Chelsea and the Blues assistant appeared to confirm their interest.

Gianfranco Zola has appeared to confirm Chelsea’s interest in signing Callum Wilson ahead of the Blues’ EFL Cup quarter-final with Bournemouth.

The blues are expected to be in the market for a new striker in January,

The two strikers Chelsea’s Alvaro Morata and Olivier Giroud having scored just six Premier League goals between them this season.

Read Also:Chelsea fans eager to have Icardi at the Stamford Bridge

Wilson, who has enjoyed a fine start to the campaign having also netted on his England debut last month.

During the news media conference on Tuesday, Zola said He has been linked with Chelsea.

“Certainly Callum Wilson is doing very well for this club and he’s an interest not only for us but for many.”

“I’m sure that there are a lot of players, they are linked with us,” the Chelsea assistant said.

Chelsea have had to do their research on Wilson anyway ahead of Wednesday’s EFL Cup quarter-final clash at Stamford Bridge.

“He’s strong, fast and he sees the goal,” Zola said.

“I like [him] because he’s quick but also strong in the air, which is also a very important quality.

“Having said that, I don’t want to go too much into it. He’s doing very well and

I’m pleased for him.

“He has a lot of qualities that can take him a long way. I really hope that he keeps improving like this.”

Vertonghen extend his Tottenham stay until 2020