Chelsea suffered another injury blow as Kai Havertz limped off during Saturday’s clash with West Ham.

Havertz led the Premier League leaders’ attack again in the London derby with Romelu Lukaku and Timo Werner – both now back from injury – only named on the bench by manager Thomas Tuchel.

The German international missed a couple of chances during an eventful first half in Stratford, most notably firing into the side netting after Mason Mount – who was likely in an offside position anyway – had got to the byline and squared the ball across.

Chelsea led through Thiago Silva’s header from a corner at the London Stadium, only for Manuel Lanzini to equalise from the penalty spot after Edouard Mendy took out Jarrod Bowen following a woeful backpass courtesy of Jorginho.

Chelsea did restore their narrow advantage before the interval thanks to Mount’s sublime volley and Havertz looked like he might be in to make it 3-1 in stoppage time.

However, the former Bayer Leverkusen forward was denied by an excellent sliding challenge from ex-Chelsea stalwart Kurt Zouma.

The tackle – while completely fair – left both players down and in need of treatment.

However, while Zouma was able to run off his issue and returned for the second half, Havertz looked in notable discomfort and was helped off the pitch as he made way for Lukaku. 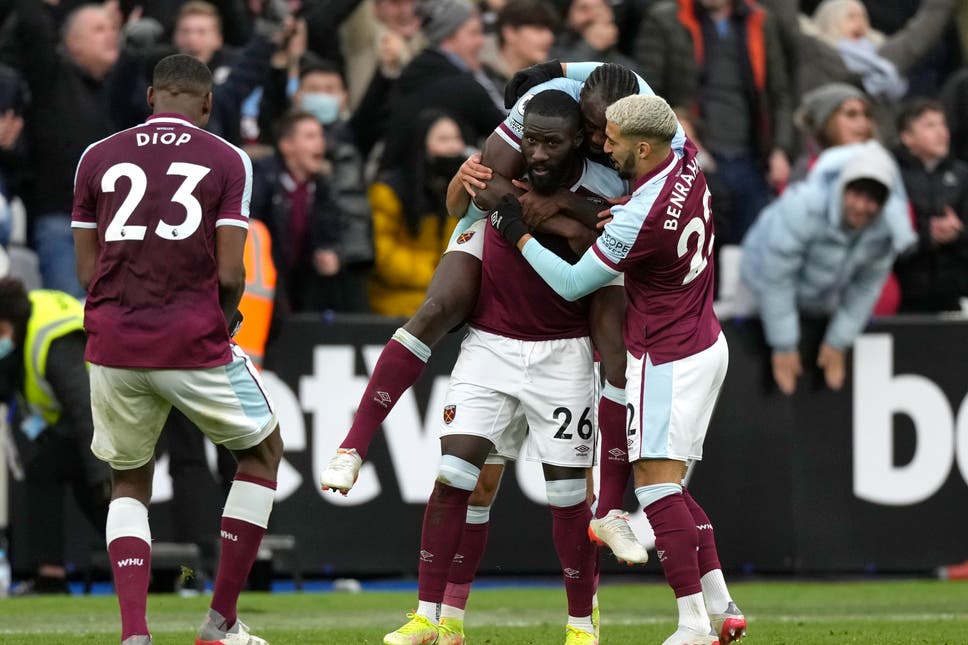 Tuchel will no doubt be asked for an update on this latest injury setback after the game, having dealt with a number of issues over recent weeks.

Though Werner, Reece James and Jorginho all returned against West Ham, N’Golo Kante remained sidelined along with the likes of Mateo Kovacic and Trevoh Chalobah.

West Ham also suffered a first-half injury in Saturday’s derby, with Ben Johnson – still deputising for the absent Aaron Cresswell – hurt while trying to track Mount’s run for the second Chelsea goal. He was replaced by Arthur Masuaku.