Chelsea to decide Sarri’s fate in a fortnight

Chelsea manager, Maurizio Sarri is clinging to his job after the 6-0 rout at Manchester City on Sunday, after which the Italian said he would welcome a chat with Roman Abramovich “because I never hear from him”.

Sarri has been given a stay of execution but faces a crucial 15 days. 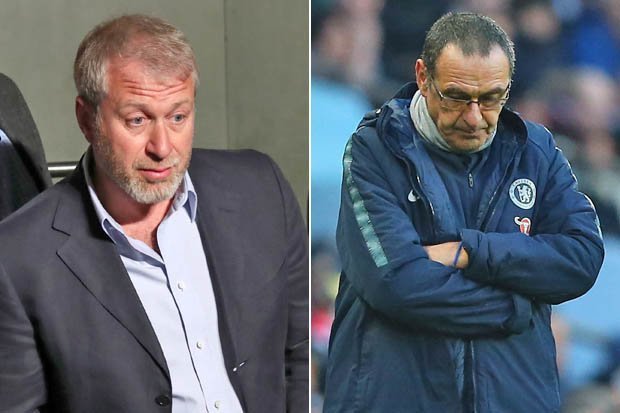 Chelsea meet Malmo in the Europa League on Thursday and then Manchester United in the FA Cup fifth round.

The Malmo return leg follows on Thursday week before they take on Manchester City again in the Carabao Cup final and Tottenham in a league fixture.

Sarri has been told that he is free to hold talks with Abramovich who is out of the country.

Chelsea insist that Abramovich is not as trigger-happy as he once was, even though the axe could fall at any time in these next three weeks.

It is understood Sarri is also facing further scrutiny over his handling of youngster Callum Hudson-Odoi.

There is concern and unhappiness from above over his treatment of the starlet who Chelsea blocked from joining Bayern Munich last month.

Chelsea hoped Sarri would give him enough minutes to convince him to stay long-term, with his contract up in 2020.

Read Also: Losing to Bournemouth was a heavy blow–Sarri

But his game time has dried up since Chelsea chiefs dug their heels in and told Bayern once and for all that he would not be leaving in January.