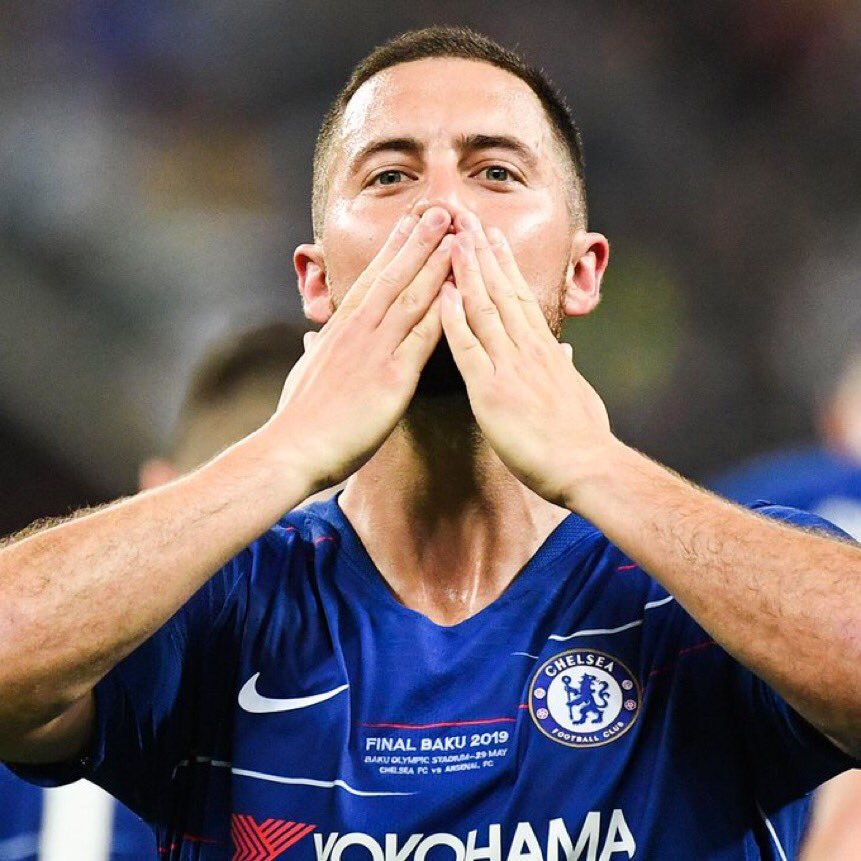 Hazard has officially completed his £130million switch to the Spanish capital, and is set to be unveiled at the Bernabeu on Thursday following the completion of a medical.

The famous ‘Garden of Eden’ banner which has hung at the Shed End of Chelsea’s stadium throughout the forward’s career will be taken down as the club enter the post-Hazard era… but it could one day make a return.

Chelsea fan-group ‘We Are the Shed’ have revealed the banner will be moved out of respect to the players who remain at the club, despite Hazard leaving west London on good terms.

The organisation told FootballLondon, ‘We remove all players banners who are currently playing for other teams and bring them out if they come back.

‘It is completely out of respect to the current players at the club and it is likely Eden will get a new one once he retires.’

After officially sealing his move, Hazard took to social media to write a heartfelt message of thanks to supporters who stood by his during his Chelsea days.

AFN Unveils Members Of Its Medical and Anti-Doping Commission

AFN Unveils Members Of Its Medical and Anti-Doping…