Sam Kerr notched a brace and Fran Kirby was also on target as dominant Chelsea eased to victory over London rivals Arsenal in the Women’s FA Cup final at Wembley. 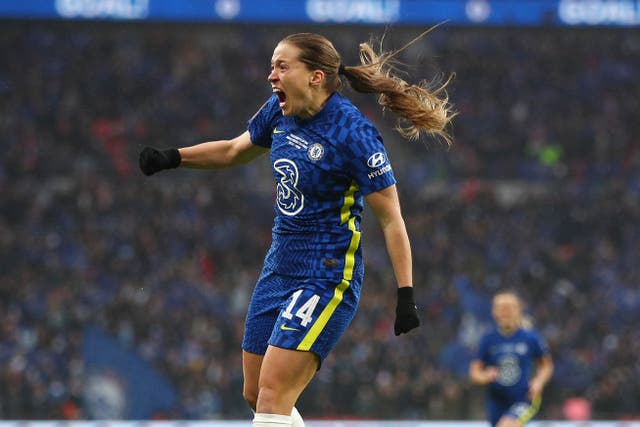 Chelsea made a dream start to the occasion as they looked to inflict revenge on Jonas Eidevall’s in-form WSL leaders, to whom they lost in the season opener back in September, going in front after only three minutes.

Arsenal repeatedly failed to clear their lines as dangerous duo Kerr and Kirby tried to combine, with the latter left clear to fire coolly beyond the helpless Manuela Zinsberger. 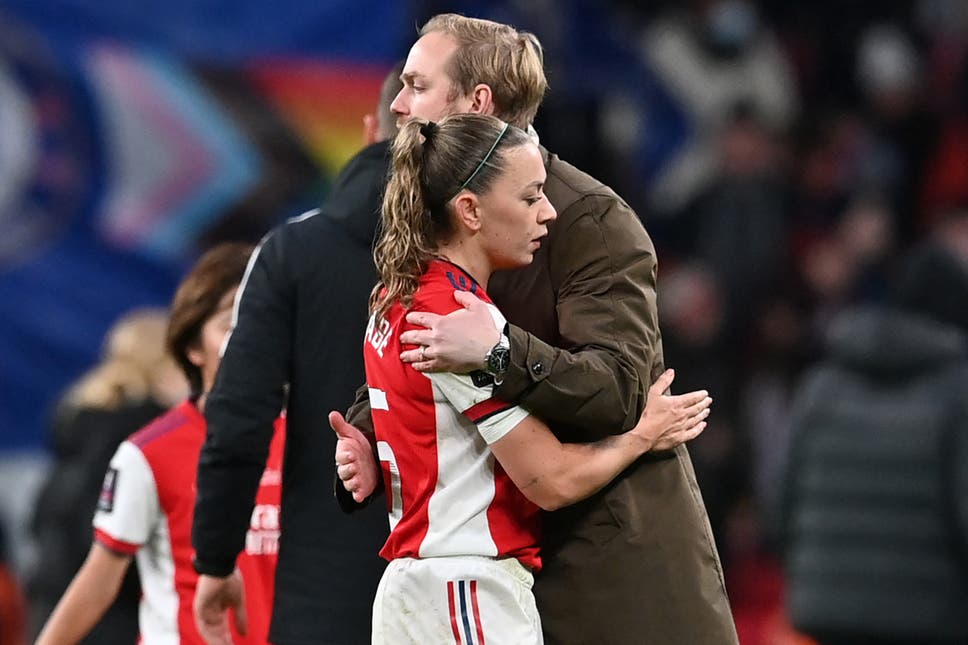 Kerr was hurt during the build-up to that early goal, but she quickly returned and almost made it 2-0 just minutes later, only to be thwarted by Zinsberger.

Kerr was later denied what looked a clear penalty after being wiped out by Jennifer Beattie while providing a brilliant cut-back for strike partner Kirby.

Vivianne Miedema’s strike was deflected high and wide during a rare foray forward for below-par Arsenal, who were then indebted to Zinsberger again as she scrambled low to her left to tip wide a fine strike from the relentless Kirby, who reached a century of Chelsea goals in the recent 5-0 WSL rout of Birmingham.

Captain Magda Eriksson headed wide from the subsequent corner as the chances just kept on coming, with Guro Reiten just struggling to get a shot away before Kirby’s latest drive was deflected wide. 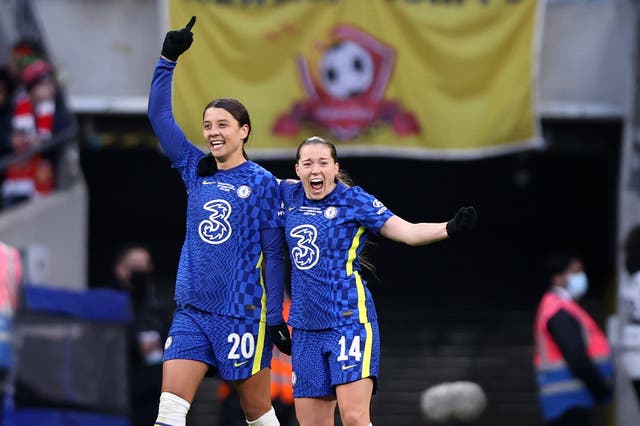 Millie Bright volleyed well wide before Kerr curled an effort against the crossbar after brushing aside the challenge of Lotte Wubben-Moy.

Arsenal could realistically have been four or five-nil behind, but began to come into the game after swapping Beth Mead and Katie McCabe and playing Stephanie Catley in a more advanced role, while they had a seemingly cast-iron penalty shout of their own turned down when the otherwise hugely influential Erin Cuthbert handled on the floor.

However, they failed to muster a single shot on target and only a poor pass from Kirby to Kerr saw an incisive Chelsea counter-attack falter before the interval.

The Blues began the second half in confident fashion, though Kim Little began to link play nicely for Arsenal from her no10 role, with Mead showing great feet to turn Eriksson before being dispossessed by a well-timed sliding challenge in the box from Jess Carter. 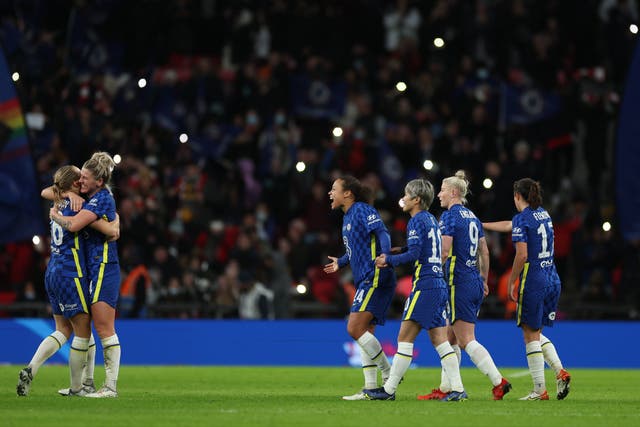 Catley produced a vital defensive header at the back post and Zinsberger had to be alert again to keep out Kerr’s header after good work from Cuthbert out wide.

However, the prolific Australian would not be denied much longer as she collected a long ball forward and pushed a shot through the legs of Wubben-Moy and in at the near post with Zinsberger unsighted.

Arsenal went for broke with several attacking changes, but it mattered little as Kerr added a delightful third with a sublime dinked finish after Kirby – who went off to a standing ovation with a knee issue – had thumped a strike off the post.