The Chelsea striker claims taking the knee is not enough in the fight against discrimination and wants a pressure group to be formed to further tackle the issue.

In an interview with CNN, Lukaku revealed his desire to meet the chiefs of leading social media platforms Facebook, Instagram and Twitter to tell them to do more to protect players.

He said: “The captains of every team, and four or five players, like the big personalities of every team, should have a meeting with the CEOs of Instagram and governments and the FA and the PFA, and we should just sit around the table and have a big meeting about it.

“How we can attack it straight away, not only from the men’s game, but also from the women’s game. I think just all of us together and just have a big meeting and have a conference and just talk about stuff that needs to be addressed to protect the players, but also to protect fans and younger players that want to become professional footballers.

“I have to fight, because I’m not fighting only for myself. I’m fighting for my son, for my future kids, for my brother, for all of the other players and their kids, you know, for everybody.

“At the end of the day, football should be an enjoyable game… You cannot kill the game by discrimination. That should never happen. Football is joy, it’s happiness and it shouldn’t be a place where you feel unsafe because of the opinion from some uneducated people.”

Players have been taking the knee before games to protest against racism and discrimination – but it has been a contentious issue with sections of support booing the gesture. 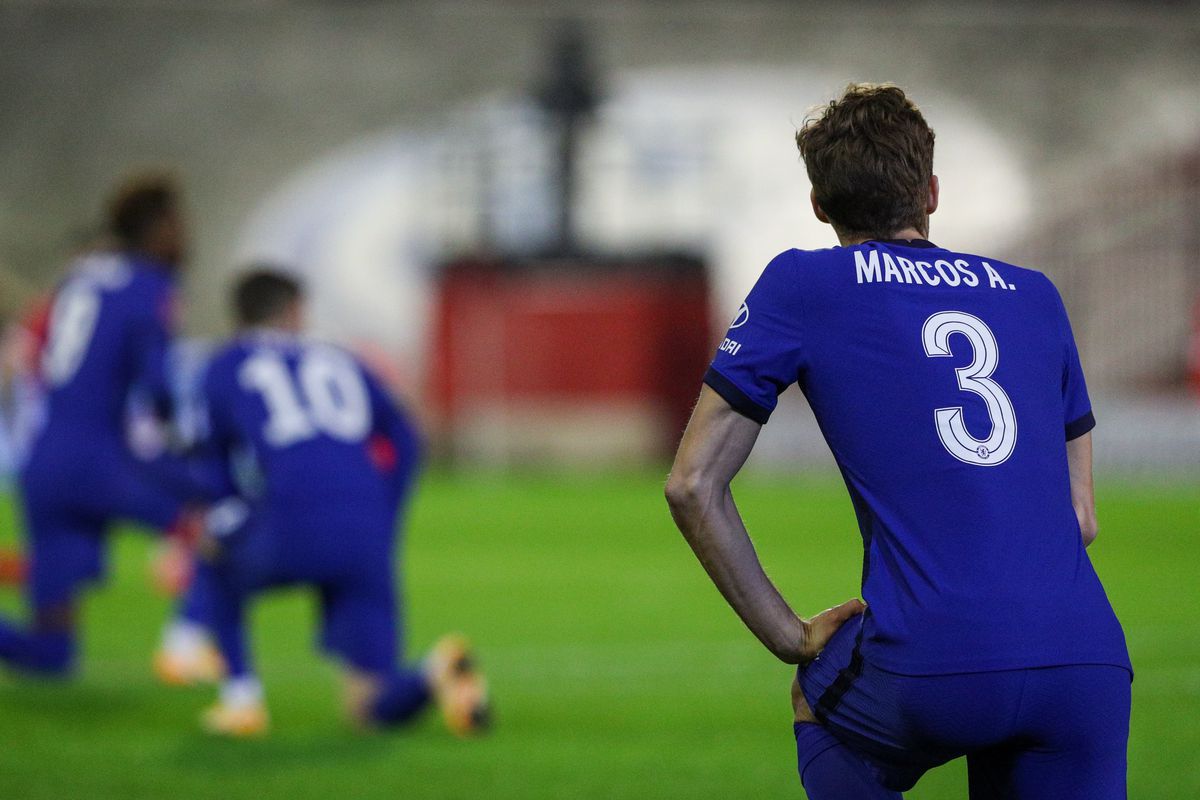 High profile players like Wilfried Zaha have also questioned its effectiveness, while Marcos Alonso revealed this week that he was opting against taking the knee because he believes it has lost its impact.

“I think we can take stronger positions, basically,” Lukaku added. “Yeah, we are taking the knee, but in the end, everybody’s clapping but… sometimes after the game, you see another insult.

“If you want to stop something, you can really do it. We as players, we can say: ‘Yeah, we can boycott social media,’ but I think it’s those companies that have to come and talk to the teams, or to the governments, or to the players themselves and find a way how to stop it because I really think they can.”