Terem, just 21, commanded the biggest fee in Lorient’s history when he joined from Belgian side Kortrijk in an €8million transfer this summer.

Moffi senior isn’t surprised at his son’s progress and his recent move to France but was quick to give credit to Terem’s grassroot coach Agboola for setting his son up to becoming a star.

“I’m not surprised Terem signed for FC Lorient and all I can say it’s just about the time God has destined it to happen. You could tell he was focused at an early age and I was impressed.

“He’s always been a striker at young age and he showed what he could be at such an age by scoring. His fighting spirit has always been there at an early age and I must say that he’s got a lot to offer to football. I would always wish coach Agboola’s name be mentioned each time Terem’s soccer stories are told,” he remarked. 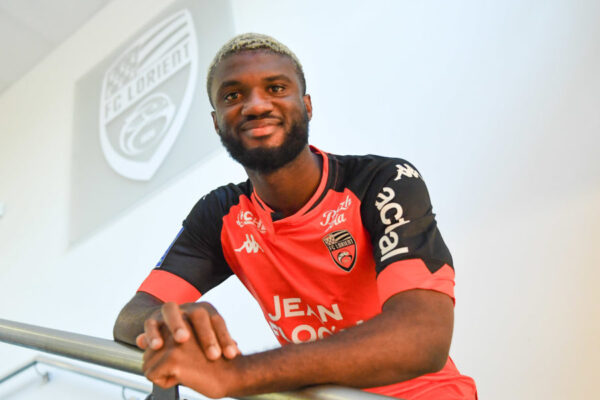 Leo has watched his son grow from a little boy who showed signs of pursuing a football career at seven when he took him to the Aspire Soccer Academy that had opened a centre in Calabar.

His Aspire Academy days were short, but it was at Nigeria Youth Soccer Academy under coach Agboola that Terem, only 11 years of age that his development really took off.

He said: “Coach Agboola took him as his own son and did a lot in terms of developing Terem into what he is today. Terem was a very important member of coach Agboola’s team and he took him through the most rigorous training ever and all these came to help him when he moved abroad.”