Daniel Ajekun was named Man of the Match as the Nigerian Cricket team beat Kenya by 49 runs yesterday in Dubai, UAE. 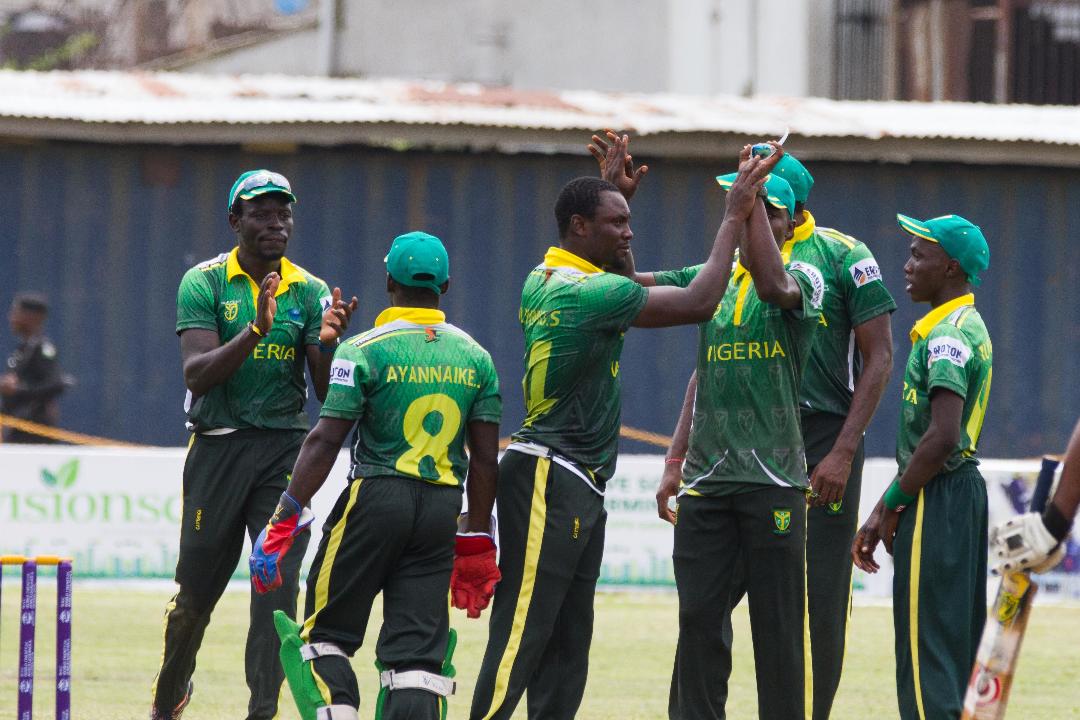 Ajekun had 73 runs off 50 balls and four wickets in two overs in the warm up match which is part of Nigeria’s preparations for the upcoming T20 World Cup qualifiers to be held between October 18 and 26 in the UAE.

Nigeria batted first and scored 152 runs for the loss of 7 wickets in 20 overs. Kenya was bowled all out for 103 runs in 16 overs in the second innings.

Nigeria will start their T20 World Cup qualifier campaign against Jersey at the Zayed Cricket Stadium October 19 before taking on Canada on October 21, Oman on October 23 and host UAE on October 24.

They will continue with Ireland on October 26 before the Yellow Greens will round off their Group B games against Hong Kong on October 27.

The play-off matches begin on October 29 should Nigeria scales through the group stage.

Nigeria Cricket Federation (NCF) President, Prof Yahaya Ukwemya believes that the team is with the right attitudes and can go far in the qualifying series, adding that the team has grown in stature in the last couple of months.

The team has been in camp for the last six week, starting in Lagos, then Abuja before travelling to Zimbabwe for a mini tournament and now beating Kenya, who beat them in May in Uganda, in their first warm-up game in Dubai.

Tomori : Nigeria is big, but I couldn’t turn down England