Nigeria captain Mikel Obi failed to inspire Chinese club Tianjin Teda to victory against visiting Shanghai SPIG who spanked them 5-2 at the Tianjin Tuanbo Football Stadium on Friday in the Chinese Super League.

Obi who was in action for the entire duration of the game, could not help Tianjn secure the maximum
three points who have now gone five matches without a win. The disappointing loss leaves Tianjin 10th on the table with 26 points from 22 matches. 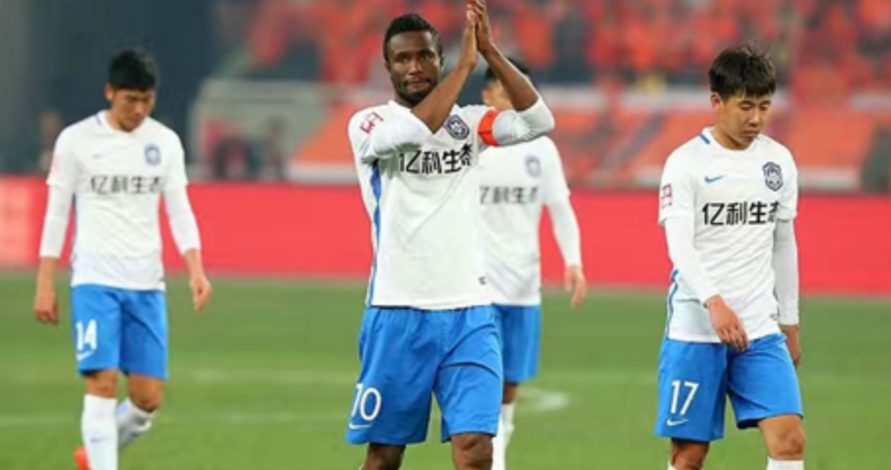 Tianjin had taken the lead in the fourth minute through Brazilian forward Jonathan da Silva but
crumbled from the 12th minute when the visiting team equalised through Lei Wu with Brazil international
and former Chelsea player Oscar adding the second before the break.

Hulk extended SPIG’s lead in the 59th minute before Elkeson made it four in the 63rd minute and Oscar
completing the demolition for his second of the night. Tianjin pulled a goal back through Li Yuanyi
with 10 minutes to end the game.

SPIG dominated possession going by the statistics enjoying 53% and Tianjin 47%.