Barrister Dalung the Minister of Youth and Sports has promised to bridge the welfare gap between the men and women’s national teams.

The Minister made the promise when he visited the National U-20 team, the Falconets, in Austria after their 4-0 trouncing of FC Wacker Innsbruck.

Barrister Dalung learnt that after playing 6 qualifying World Cup matches which they won, they were yet to receive their match bonuses and camp allowances. 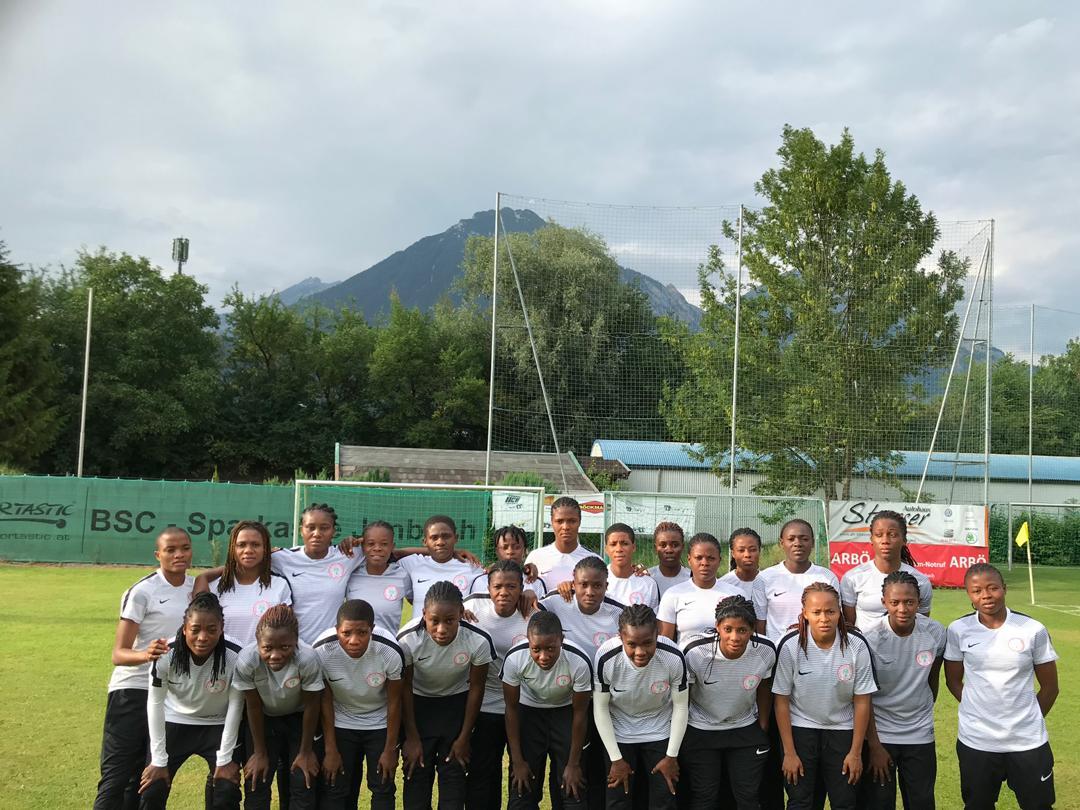 He frowned at the treatment being meted to female players, describing it as unfair.

“My passion for women’s football is high and I don’t like the idea of treating people differently. I don’t like injustice and it doesn’t look fair for them to be in camp without their entitlements. These are young players and if you don’t give them the morale support they need now, when will you do that? Dalung queried.

The Minister promised to ensure that the players get all their entitlements when he gets back to work .

“I want to assure you that we will leave no stone un-turned in ensuring that your welfare and that of the coaching crew is taken care of because I want to see all these goals re-enacted in France.

“We will go back and work out your entitlements to ensure that the girls are comfortable in France.”

Barrister Dalung also congratulated the team for their victory and praised the coaching crew for their hard work.

“I want to congratulate the team and their coaching crew. It was quite an interesting game and I am proud of you girls.
Having watched you today, I’m convinced that a lot of talents are at display . If we are able to manage these talents for the future, we will enjoy them for a long time.

“Women’s football is growing very fast in Nigeria and looking at your determination and selflessness during your match today, I believe than in the future, we will have a very strong team that will even compete like the men.

Barrister Dalung gave the players a personal token of $5,000 and $2000 to the Coaching crew.

He wished the injured players a speedy recovery while praying for a successful outing in France .

The Falconets will leave this week for the FIFA U-20 Women’s World Cup in France where they will play in Group D alongside Germany, Haiti and China.