Kevin de Bruyne is set for another injury lay-off after suffering a suspected hamstring strain against Tottenham. 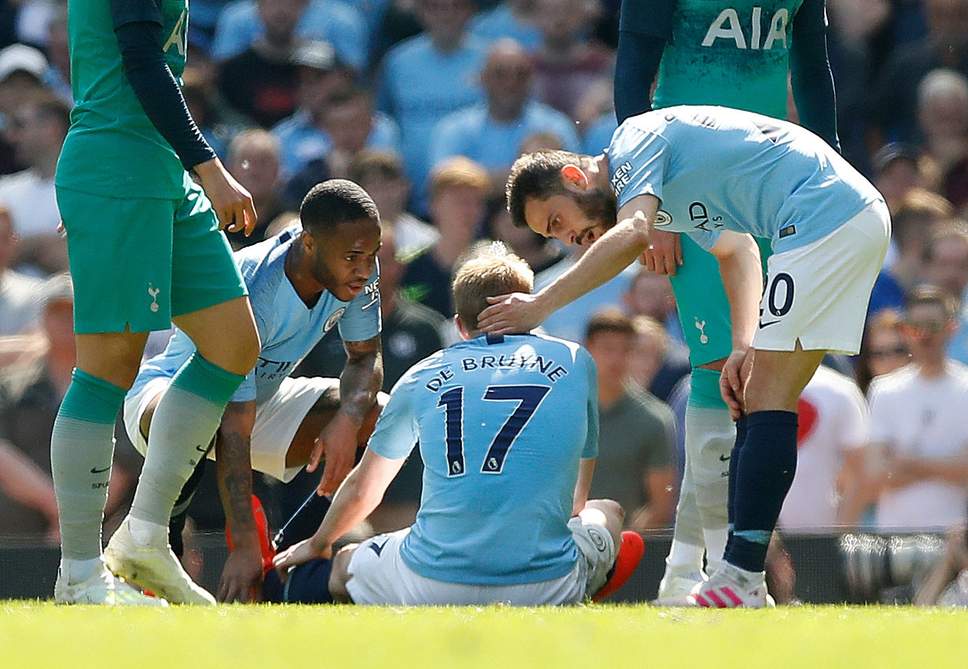 The Manchester City playmaker will be assessed over the weekend, but Pep Guardiola expects him to miss the upcoming games against Manchester United and Burnley.

The extent of the damage is yet to be confirmed, but De Bruyne’s reaction to his latest injury was evidence of his concerns.

The Belgium international has missed the majority of the season with two separate knee ligament injuries – and had only recently returned from his latest lay-off.

Guardiola confirmed: “I didn’t speak with him or the doctors. It is a muscular injury and I don’t know how big the impact.

“We will see tomorrow but I think the next game he will be out.

“He put the hands in the hamstring position.”

A 1-0 win moved City back to the top of the table – a point ahead of Liverpool, who travel to Cardiff on Sunday.