Denmark boss Kasper Hjulmand has called on Prime Minister Boris Johnson to ‘wake up’ and give a green light to the many thousands of his nation’s fans hoping to be travel to Wembley for their Euro 2020 semi-final clash with England.

The Danish squad have someone managed to pick themselves up after witnessing star team-mate, Christian Eriksen, suffer a cardiac arrest in their opening defeat to Finland and secured a place in the last four with victory over the Czech Republic on Saturday.

All three of Denmark’s group games were held in front of a raucous partisan crowd at the national stadium in Copenhagen and around 1,000 of their fans made the trip out to Baku for their historic quarter-final win. 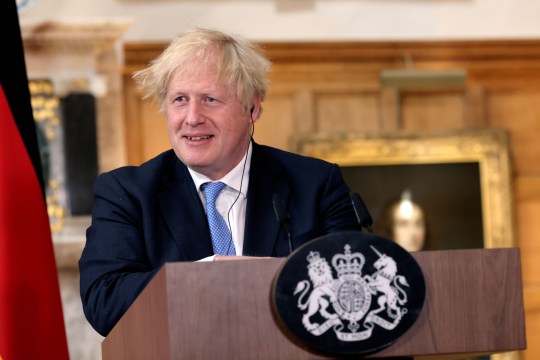 However, with the country on the United Kingdom government’s amber list amid the Covid-19 pandemic, Danes must quarantine for ten days on arrival meaning they are currently unable to travel to Wembley for Wednesday night’s highly anticipated encounter.

There has been an effort to rally British-based Danes to attend the match but Hjulmand has demanded a major helping hand from the UK government just days before kick-off in London.

‘We hope Boris Johnson wakes up and gives access to thousands of Danish fans, otherwise we have to carry them onto the pitch,’ he told Danish publication JP.

‘I hope they can come but let’s wait and see.’

Hjulmand added: ‘The vast majority of these crazy fans booked the ticket to Baku with the belief and conviction that they would go home and quarantine afterwards.

‘We know how much they have done to get all the way out here and support us and they were a huge reason why we could once again turn up, surprise people and play with so much energy out there.

‘The support helped very, very much.’

Around 60,000 supporters are expected to pack out Wembley for the semi-final between Denmark and England which is set to be the largest crowd in the country since the Covid-19 pandemic struck. 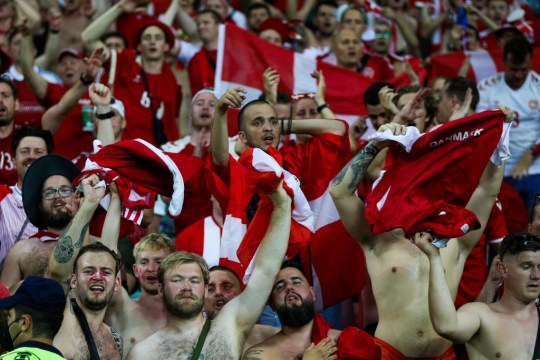 As it stands, 5,000 tickets have been released for Denmark fans and Ronnie Hansen – the Danish FA’s head of commercial activities – has called on those living in England to ‘enter the fight’ and ‘carry the torch’.

‘Now ALL Danes living in England must enter the fight!’ he said.

‘Do you know a Dane in England or Scotland? They must carry the torch on from the world’s best supporters.

‘There are many tickets for Danes in the UK and they have to go AMOK!’