Unified world heavyweight champion Anthony Joshua says he will not be “drained” by criticism and has called on the public to support him as a “person” rather than a boxer. 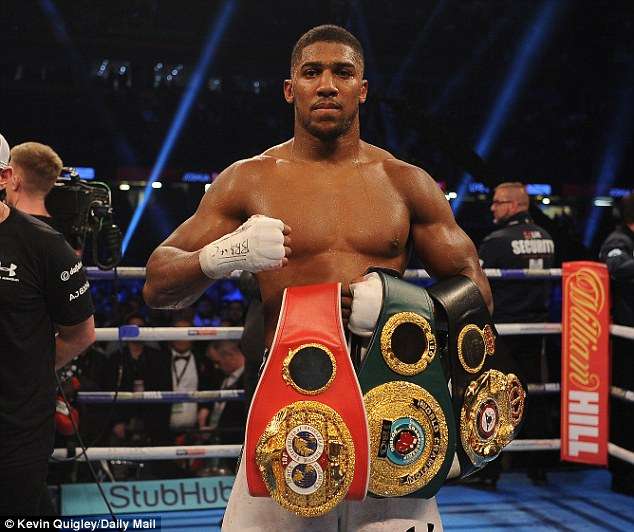 But some fans and pundits have been critical that a bout with WBC champion Deontay Wilder has not materialised.

Read Also: Tyson: Joshua is the best boxer in the world

“I can’t please everyone anymore, so I get that and so it’s my game now,” Joshua said.
“I’m having fun with it. I did 16 fights and went in for a world title, three years an amateur and went and won the Olympics, unified the heavyweight division, and it’s still not good enough.

“Get behind me as a person rather than a boxer. If you support me, support me as a person for life but if you’re with me just for boxing, when it’s going good you’ll be there but if it’s bad you will not,” said the boxer.

3SC keeper who collapsed, happy to be alive