Argentine football great Diego Maradona is progressing well after brain surgery on a blood clot and could be discharged this week, his doctor said on Monday.

Maradona, 60, underwent surgery last Tuesday to remove a clot lodged between his brain and skull.

“Diego is in the mood to leave, and we are evaluating the discharge that could be tomorrow or probably Wednesday, we have to see the clinical parameters, but the progress is very good,” Leopoldo Luque told reporters.

Maradona, who went into isolation two weeks ago after one of his bodyguards displayed coronavirus symptoms, had looked unwell during a brief appearance on 30 October at his 60th birthday celebration at the stadium of Gimnasia y Esgrima, the Argentine Primera Division team he coaches.

He seemed to have difficulty walking and did not hang around to watch his side’s match.

The following Monday, he was taken to hospital in La Plata, where the club is based, suffering from symptoms of anemia and dehydration.

Tests revealed the blood clot, after which Maradona was transferred to a specialist clinic in the capital.

Since his surgery, he has progressed well, although Luque had revealed on Thursday that Maradona was receiving intensive treatment and sedatives for withdrawal symptoms. This treatment began to be scaled back on Monday.

Luque also played down a rumour cited by local press about the presence of a Covid-19 patient in the clinic.

“Covid is everywhere, there is nothing here that there is not elsewhere, and the care and protocols are followed to perfection,” he said.

Luque also avoided specifying where Maradona will recuperate once he is discharged.

Maradona has been admitted to hospital three times in the last 20 years for serious health issues – two of which were potentially fatal – due to his drug and alcohol addictions.

Last week, his doctor had said the football star would require prolonged treatment in a clinic with different specialties than the current one. 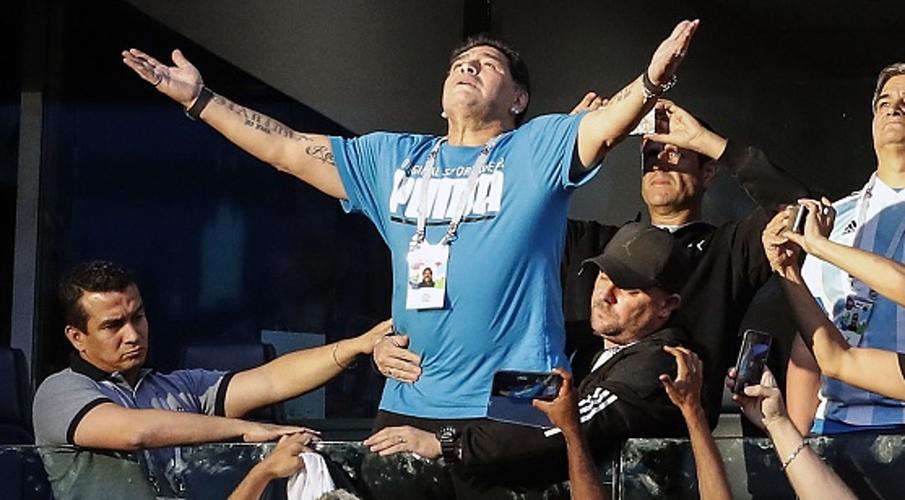 Maradona’s daughters Dalma, Giannina and Jana visit him daily at the clinic.

His oldest son, Diego Jr, who lives in Italy, announced last Thursday on social media that he had tested positive for Covid-19 and therefore would not be able to travel to Buenos Aires.

EPL: Leicester, Southampton, Villa hint at shake-up at the top

Without fans Eagles will triumph against Sierra Leone – Musa