Germany head coach Joachim Low has said he will not change his target for the World Cup after failing to win against Mexico on Sunday. 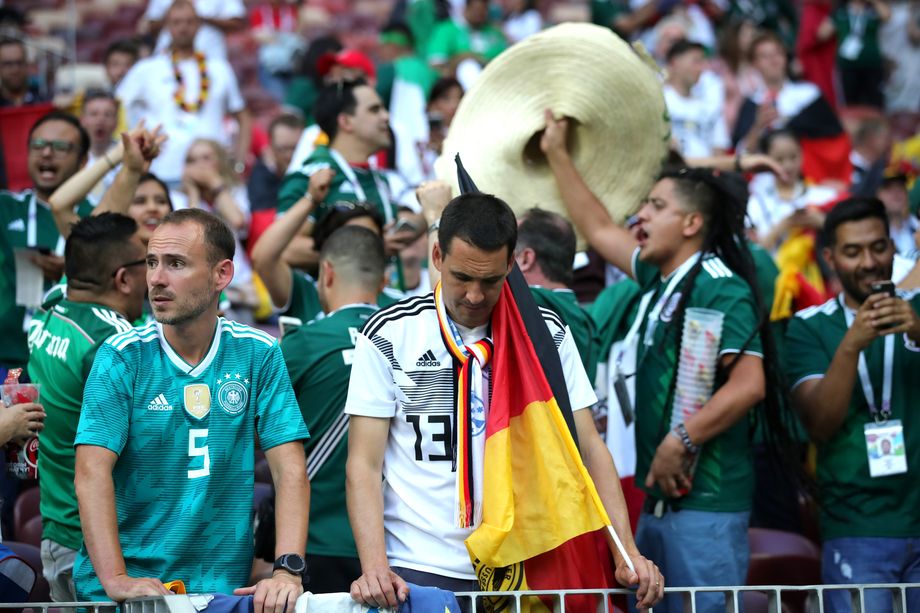 “Indeed it is disappointing to have lost the first match, that it is a situation we are not used to at all. In many tournaments we have always won the first match but we have to accept this. There can

“It was not a lack of stamina that meant we could not turn the match around. As a player in a World Cup you have to accept pressure.

“We will certainly not change our match plan. In the first half, to a large extent, the players were coming back trying to recover the ball instead of playing deep, if we are not more incisive we will lose the ball. We have to focus on our strong points.”

“We knew we had to be stable in these first matches but very often, in an unfamiliar way, we looked nervous and in the first half it did not happen and we will have to analyse why it happened.”

Low does not share the excitement about a potential Germany v Brazil match in the last-16. He says: “I certainly don’t care about that. The round of 16, I don’t waste any thought on that. It is all about the next match and being better.”

Low is told that a number of former World Cup winners have failed to qualify from the group phase four years later. He replies: “We will not suffer that fate; we will make it to the next round.

“In tournaments this (losing a match) can happen and you have to accept it. We will not become reckless. We will continue to look forward. There is no reason to panic. We have three matches and ample opportunities to correct this result.”

Meanwhile, Mexico coach Juan Carlos Osorio said: “What is the most important thing for Mexican football is to grow. We need to prepare for the next match and prepare it thoroughly.

“When we scored I just sat down and considered the plan for the next five minutes.”

Etebor: We need to be focused