After losing in first round of the just concluded ITTF World Tour tagged Korea Open to eventual runner’s up Liang Jingkun, Nigeria’s Aruna Quadri is hoping to bounce back at this week’s Australia Open, which serves off with preliminary on Tuesday July 24.

However, the Nigerian has been seeded number 11 among the 16 players that were listed by ITTF for the  $316,000 prize money tournament holding at the Geelong Arena in North Geelong, Australia.

To make an early exit in Korea, Quadri lost 1-4 to the Chinese star and will be hoping to improve his
performance in Australia this week when the main draw serves off on July 26. 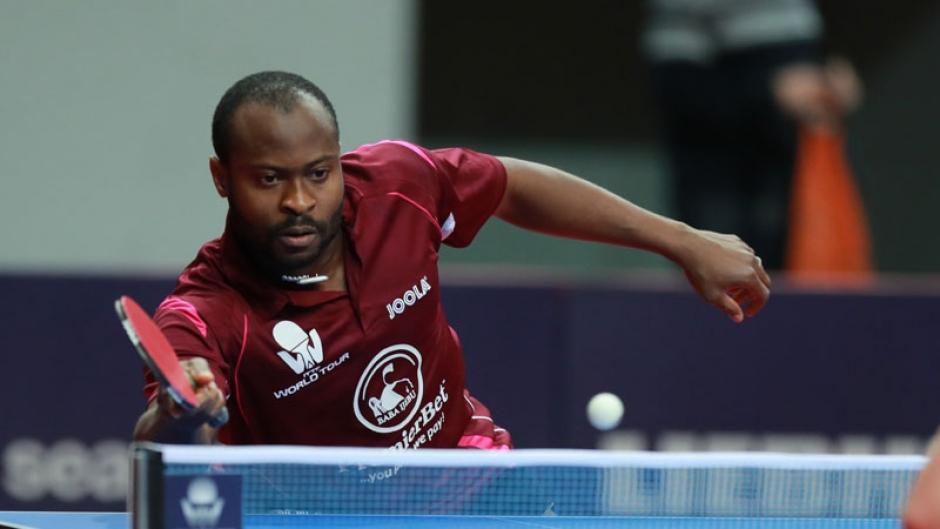 “It was unfortunate that I had to exit the competition in the first round of Korea Open but all hope is  not lost for me as I move to Australia with the hope of doing well. I am optimistic that I can do well there to shore up my ranking when the August ranking is released later this month,” he said.

Meanwhile, South Korea’s Jang Woojin won the Men’s Singles title at the Korea Open in Daejeon on Sunday
22nd July and thus became the first player in the history of the ITTF World Tour to secure three titles
in the same tournament.

The previous day he had won the Mixed Doubles in partnership with DPR Korea’s Cha Hyo Sim, earlier in the last day of action he had partnered colleague Lim Jonghoon to Men’s Doubles success, he closed the curtain by overcoming China’s Liang Jinkun to complete the clean sweep, winning in four straight games (11-8, 11-9, 11-7, 11-8).

It is the second ITTF World Tour Men’s Singles title of Jang Woojin’s career; in 2016 he won in Belarus but nothing will ever replace or compare with winning in 2018 in Daejeon, an incredible feat, a tournament for Jang Woojin, the Korean Peninsula and the world to remember.