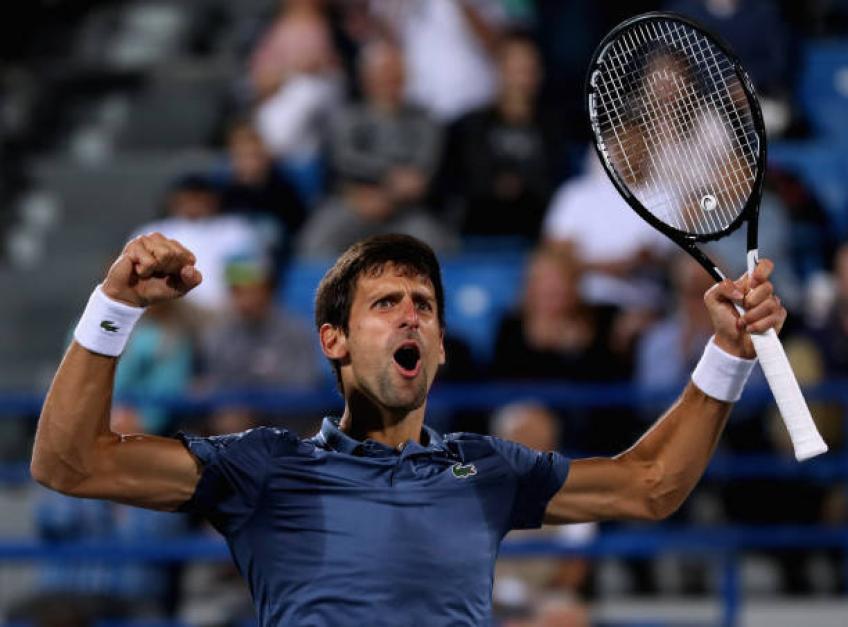 It took Djokovic two hours to dispatch the Hungarian and book his place in the quarter-finals, where he will face Nikoloz Basilashvili of Georgia.

The fifth-seeded Basilashvili earned his spot in the quarters by beating Andrey Rublev 6-3 6-4.

Unseeded Stan Wawrinka of Switzerland continued his march into the quarters with a win over Nicolas Jarry of Chile.

Also into the quarter-finals after Wednesday action was Czech Tomas Berdych, who knocked off eighth-seed Fernando Verdasco of Spain in three sets 4-6 6-3 7-5.

Marco Cecchinato of Italy was with some luck as his opponent, Argentinian Guido Pella, retired.

Earlier in the day at the Brisbane International, former world number one Andy Murray, currently ranked 240th as he battles back from hip injuries, went out during second-round action.

In the Australian city of Brisbane, Murray lost to Daniil Medvedev 5-7 2-6.

The Russian hit 16 aces to earn his place in the quarter-finals against Canadian Milos Raonic on Friday.

Second-seeded Rafael Nadal withdrew from his scheduled second round match against Jo-Wilfried Tsonga after having an MRI exam on a muscle strain in his left thigh.

“Doctors say that it’s a very small thing, but can become a big thing,’’ Nadal said during a news conference.

“When you increase the intensity on the muscle competing, then there is a big risk to make something bigger.’’

Number two seed Kei Nishikori of Japan, sixth-seeded Grigor Dimitrov of Bulgaria and seventh-seeded Alex de Minaur of Australia all cruised to wins and secured their places in the quarter-finals.

It was no picnic for other top seeds, including number three seed Gilles Simon of France.

Number four seed Malek Jaziri of Tunisia had to earn his quarter-finals spot in three sets with a win over Ramkumar Ramanathan of India 6-7 (6) 7-6 (5) 6-3.