World number one Novak Djokovic will be docked all ranking points earned at the US Open and fined $250,000 in prize money following his sensational disqualification from the tournament on Sunday.

A statement from the US Tennis Association detailed the immediate sanctions Djokovic faces after he was tossed out of the tournament during the fourth round.

Ellen DeGeneres went down like a Bond villain. #novakdjokovic pic.twitter.com/RJkrELnqsz

The USTA said Djokovic had been defaulted under the Grand Slam rules for “intentionally hitting a ball dangerously or recklessly within the court or hitting a ball with negligent disregard of the consequences.”

“Because he was defaulted, Djokovic will lose all ranking points earned at the US Open and will be fined the prize money won at the tournament in addition to any or all fines levied with respect to the offending incident,” the USTA said in a statement.

Djokovic’s disqualification occurred following an incident near the end of the first set in his last-16 match with Spain’s Pablo Carreno Busta.

Djokovic had just gone 5-6 down when he hit a ball in the direction of the female official. 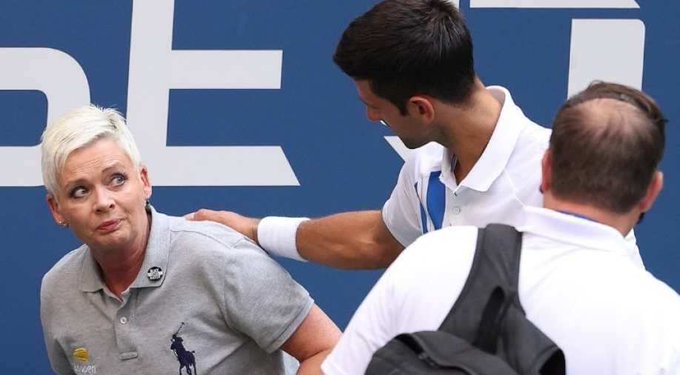 It struck her in the throat and she could be heard gasping.

Djokovic rushed over to check that she was okay and after a few minutes she got up and walked off the court.

Following around ten minutes of discussions with the tournament referee, the umpire declared that Carreno Busta had won by default.

Gattuso urges Osimhen to continue with eye-catching performance for Napoli

Koeman: I am not the bad guy in Suarez-Barca ‘movie’

Hudson-Odoi gave me everything I wanted, says Lampard

Koeman: I am not the bad guy in Suarez-Barca…

Hudson-Odoi gave me everything I wanted, says Lampard