Ex international, Jonathan Akpoborie, has called on the Nigeria Football Federation (NFF) not to distract the Super Eagles technical adviser, Gernot Rohr’s quest of qualifying the team for the 2021 Africa Cup of Nations with the issue of contract talks. 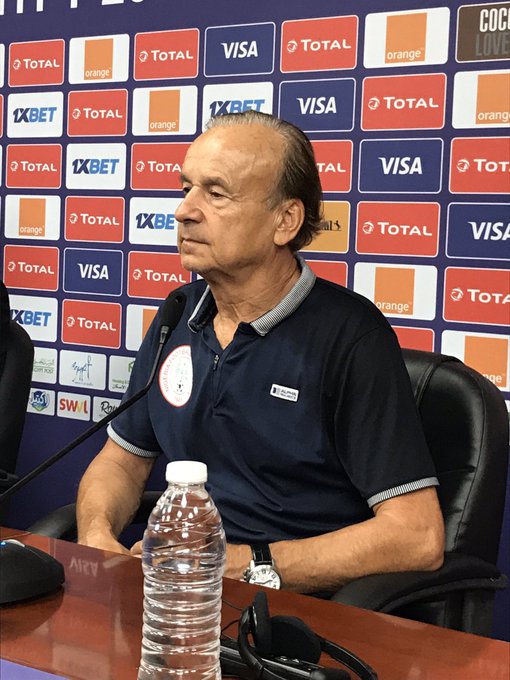 Akpoborie, who lauded the team’s 2-1 victory over the Squirrels of Benin at the Godswill Akpabio Stadium on Wednesday, commended the players’ fightback and focus throughout the entire 90 minutes.

In a chat with Soccernet.ng, the former Wolfsburg striker revealed that attention should be focused on how the team would qualify for the bi-annual tournament rather than attaching interest on his contract.

“This is not the right time for the Nigeria Football Federation to start discussing the issue of contract extension or not with Super Eagles technical adviser, Gernot Rohr,” Akpoborie told Soccernet

“Our attention at this point should be on how he will qualify the team for the 2021 Africa Cup of Nations. The German tactician has done well with the Super Eagles and we can testify to it with the team’s victory against the Squirrels of Benin.

“It will be better they put aside whatever terms they want to apply to the current contract and allow him to focus on his job. Perhaps, after the 2021 AFCON, then they can now decide his future.