Burundi’s star player, Saido Berahino was fined for drink-driving and banned on Wednesday despite telling magistrates he only got behind the wheel to escape a violent robbery. 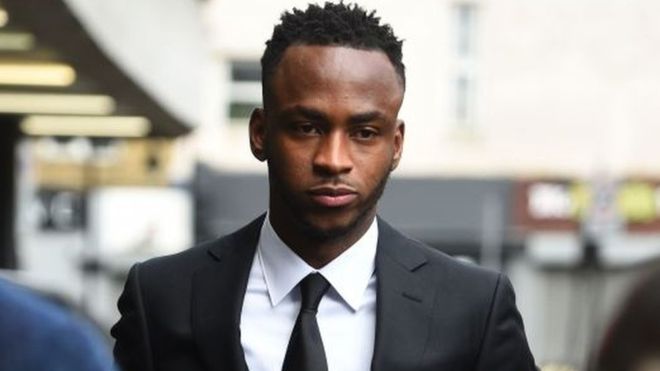 Magistrates banned him from driving for 30 months, fined him N35m (£75,000) and ordered him to pay £870 (N400K) in other costs.
The Former England Under-21 International was escaping from men with knives in a suspected robbery attack when he was arrested while three-times over the drink limit and appeared in Highbury Corner Magistrates’ Court on charges of drink-driving which is a serious offence in England.

Read  Also: Berahino Arrested For Drink-Driving While Escaping From Robbers

Berahino’s lawyers claimed claimed he had driven his Range Rover for less than 30 seconds after drinking two Mojito cocktails in London’s West End at in the early hours of 18 February..
While the Stoke City striker appeared nervous when the police had stopped his car, the 25 year-old  told the police he was attacked and his watch and two diamond necklaces were stolen.
He had pleaded not guilty and his lawyer has argued that the issue is whether or not Berahino had to drive his car as a necessity.
Berahino has been named into the 28 man-squad convened for the 2019 Africa Cup of Nations to be held in Egypt by Burundi national team coach, Olivier Niyungeko.
Debutantes Burundi is in Group B with Nigeria, Guinea, and fellow first-timers Madagascar. The Swallows will face Nigeria in their opening game  on 22nd June.
Loading...
AFCONBurundiSaido Berahino

Casillas: I have not retired