D’Tigress of Nigeria survived a late rally to beat host Senegal 60-55 to retain the Women Afrobasket title In Dakar. 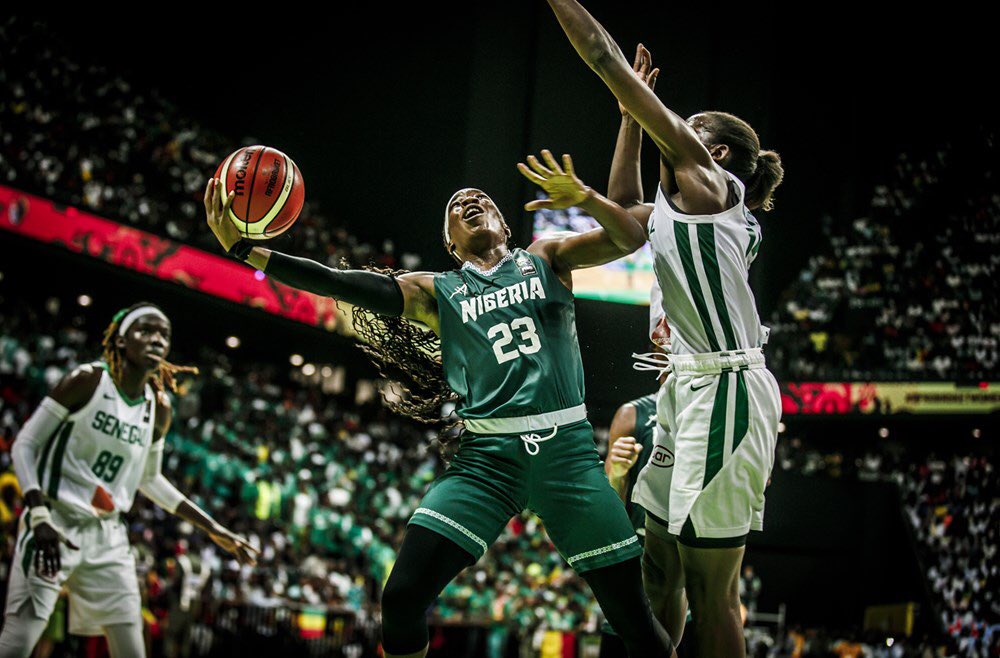 The D’Tigress looked to be coasting home after the third quarter but the Senegalese came back strong in the last quarter to take a brief lead before the Nigerian rallied back to win the game despite losing the final quarter to the host.

However, it was the D’Tigress who seized the initiative early in the game racing to a 10-4. Though the Senegalese fought back gallantly, the first quarter ended 14-10 in favour of Nigeria. At the resumption of the second quarter, the Nigerians took off from where they left and increased the lead as the second quarter ended 32-24.

The Nigerian ladies won the third quarter 16-13 to bring the cumulative score to 48-37. The Senegalese had a better quarter but the Nigerians rallied to win it and took an 11 point lead to the final quarter.

However, the drama was left for the final quarter when the Senegalese got 10 points without the Nigerians making any. It took the D’Tigress five minutes to make their first point in the final quarter and briefly relinquished their lead mid-way through the quarter which they lost 12-18. But by then, the Nigerians had done enough to earn victory and win their second consecutive title.