Nigeria risked the possibility of another international embarrassment if reports from the Super Eagles’ camp in Alexandria, Egypt is anything to go by. 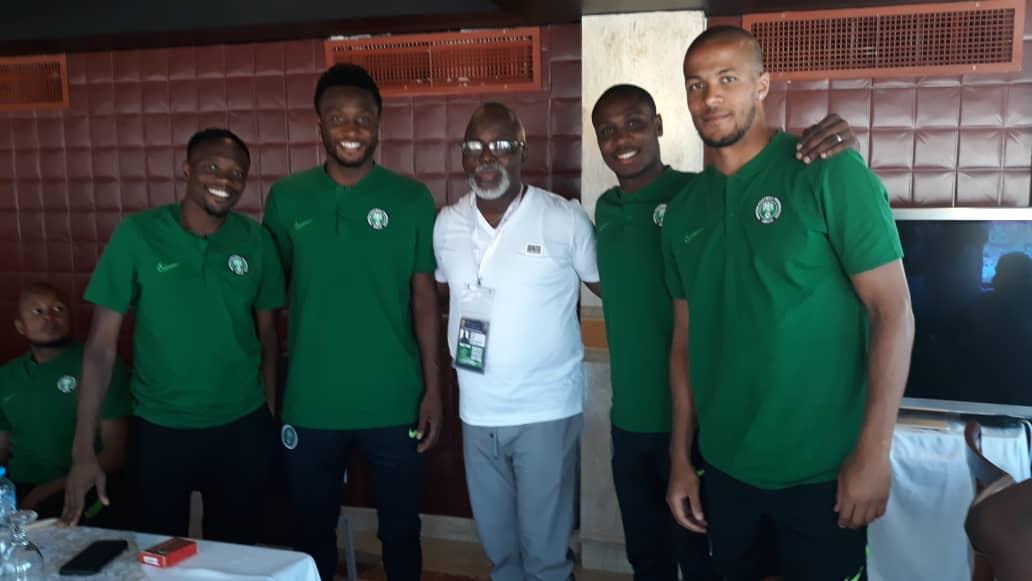 With just three days to Nigeria’s opening group match against the Swallows of Burundi in Alexandria, there are still huge concerns about funds needed to pay players, coaches and backroom staff their allowances and bonuses.
SportingLife.ng gathered that the Amaju Pinnick led federation were yet to get a dime from the Federal Government for the 2019 Africa Cup of Nations campaign.
The Eagles have insisted while granting interviews with the media that they are focused on their opener against Burundi but sources revealed that it is just a smokescreen as the leadership of the squad have already expressed concerns that the needed funds for the campaign are yet to arrive in Egypt.
As the waiting game continues, the 2nd Vice President of the NFF, Shehu Diko has stayed behind in Nigeria where he has been making efforts to get the cash released from Aso Rock officials.
The same situation applies to the Super Falcons who are yet to get a penny from the Federal Government for their ongoing FIFA Women’s World Cup campaign in France.
SportingLife.ng gathered exclusively that the ladies have been asked by the NFF to drop their bank account details with a promise that they would get their entitlements anytime money is made available.
Just last week, the former sports minister, Solomon Dalung predicted that Super Eagles’ players are likely to engage in another showdown with the federation over money since the NFF forgot to include the AFCON budget in the 2019 national budget.

Read Also; NFF begs Dalung to stop misleading Nigerians over Eagles AFCON Budget
But the NFF in its response said that there was no way they could have included the AFCON campaign in the 2019 budget when the team were yet to qualify for the tournament as at the time the sports ministry submitted theirs.