Eagles get $2,000 each for Liberia friendly

Members of the Super Eagles who were in Liberia for the international friendly were each paid $2,000 by
the nation’s number one citizen George Weah for honouring his invitation.

This was disclosed to Sportinglife.ng by an official who said the players felt honoured meeting with Weah who remains the only African player to ever win the FIFA World Player award.

“The players got a cash gift each from the President,” the official said. 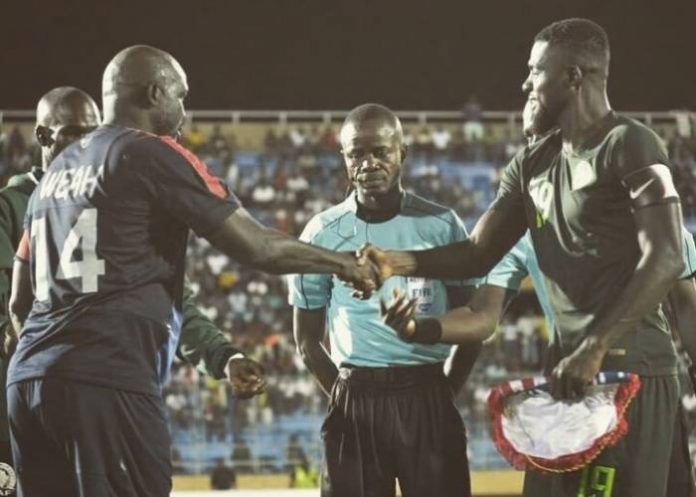 Tuesday’s friendly which ended 2-1 in favour of the Eagles also saw Weah who played for 79 minutes retire his number 14 jersey that he wore in his days.

Meanwhile Weah has described Nigerian Football as a model that he wants his country to follow.

“As a young, upcoming footballer, I was always fascinated by Nigeria’s football stars. I looked up to the likes of Stephen Keshi, Rashidi Yekini, Friday Ekpo and others and believed that the African footballer can also get to the very top. I believe that in Africa, somewhere, there is another Ballon D’Or winner. We have to find him, expose him to the world and give him the opportunity to actualize his dream,” Weah, who was named African, European and World Footballer of the Year in 1995, said.