Nigeria’s Super Eagles have been given a referee that has previously officiated matches invloving the country’s national teams in the past. 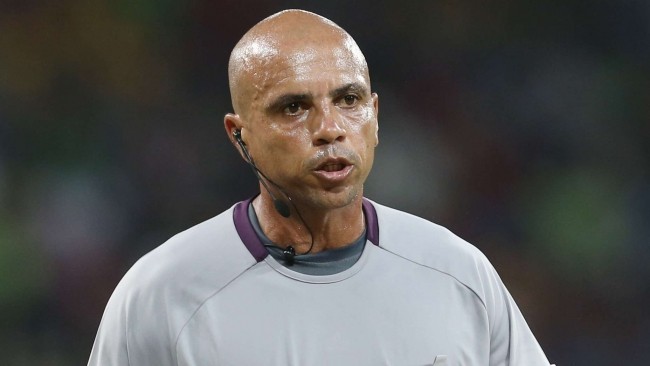 Seychelles Bernard Camille will be in charge when the three-time champions begin their 2019 Africa Cup of Nations against Burundi this evening at the Alexandria Stadium in Egypt.

The 44-year-old took charge of the Nigeria, Mali encounter which the former lost 2-1 to  and against Morocco which they won 4-3 at the 2014 Africa Nations Championship (CHAN).

He also officiated the Flying Eagles 2013 U-20 AFCON semi final clash against Egypt which Nigeria lost.

He has been an international referee since 2011.  Ahead of today’s fixture, Camille would be assisted by Berne Tesfagiorgis O’Michael from Eritrea and Mohammed Ibrahim from Sudan while Ahmad Heeralall of Mauritius is the fourth official.

Read Also: Eagles versus Burundi:  Rohr picks Akpeyi ahead of Uzoho in goal

A major hughlight of his career was the 2017 AFCON quarterfinal clash between Ghana and Democratic Republic of Congo.

Eagles versus Burundi:  Rohr picks Akpeyi ahead of Uzoho in goal