Torino of Italy midfielder, Joel Chukwuma Obi could be on his way to Serie A side AC Milan if reports
from the San Siro are anything to go by.

Obi’s stock has risen since making the Super Eagles squad to the 2018 FIFA World Cup in Russia even
though he did not get to play before Nigeria’s elimination in the group stage.

This could have informed AC Milan to beam the searchlight on the midfielder whose career was nearly cut
short by injuries. 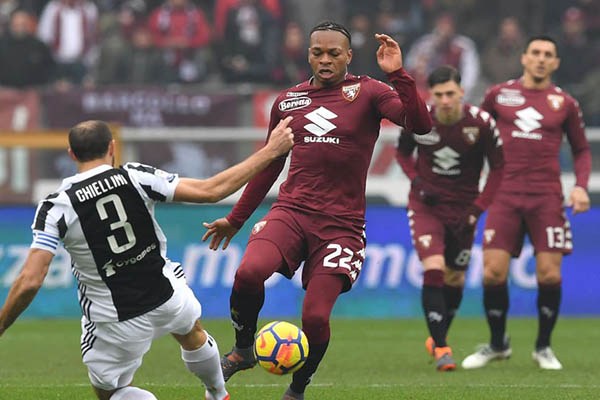 His history of long term injuries was the reason why he failed to make Nigeria’s final cut to the 2014
FIFA World Cup in Brazil.

Before the Milan interest, Spanish side Celta Vigo had reportedly made an offer of five million euros
which was turned down by Torino.

The 27-year-old who is in his final year of his contract has made 110 appearances in Seria A between
Inter, Parma and Torino and was at a time linked to Crystal Palace, Benfica and Porto.

MRI Scan will determine my squad-Manu