Super Eagles players spared a moment for families that lost their loved ones in Sunday’s dastardly act
carried out by gunmen suspected to be fulani herdsmen on Gashish district of Barkin Ladi Local
Government Area of Plateau State. 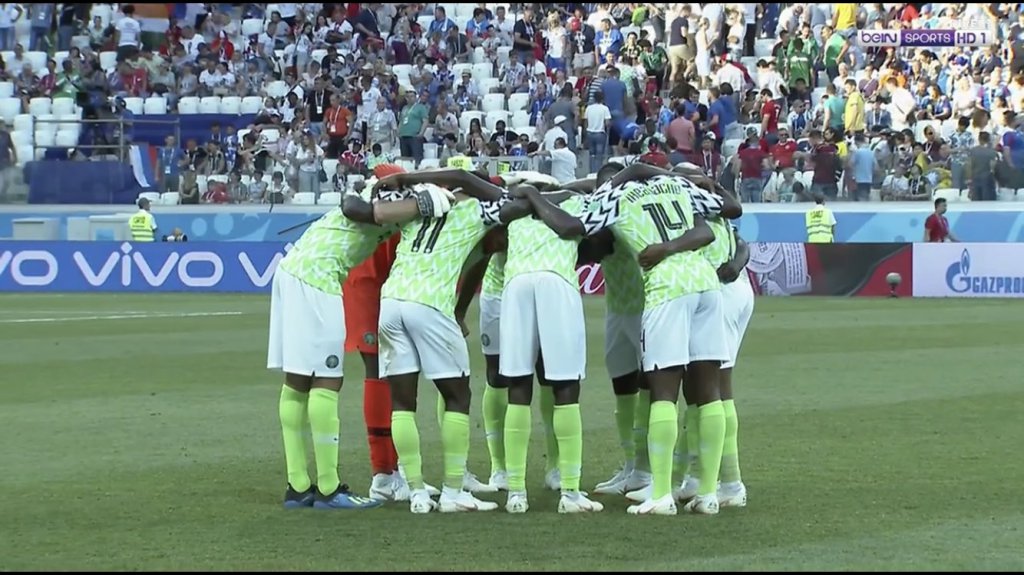 John Ogu, Wilfred Ndidi and Leon Balogun took to their various twitter handles on Monday to mourn the
dead whose figure has been put at 86 by the authorities ahead of Tuesday’s decisive FIFA World Cup
group D clash against Argentina at the Saint Petersburg Stadium.

They called on Nigerians to pray for Plateau where a curfew has been imposed by state governor Solomon
Lalong.

“#UnitedWeStandDividedWeFall 🙏🏽,” Balogun tweeted with a picture of a candle mourning the victims.

“Please everyone wherever you are pls pray for plateau.#PrayForPlateau 🙏🏾,” Ndidi tweeted.

We have no pity for Messi–Rohr

We are condemned to defeat Nigeria–Argentina coach