Nigeria international, Moses Simon, has claimed Nantes’ player of the month award for the period under review. 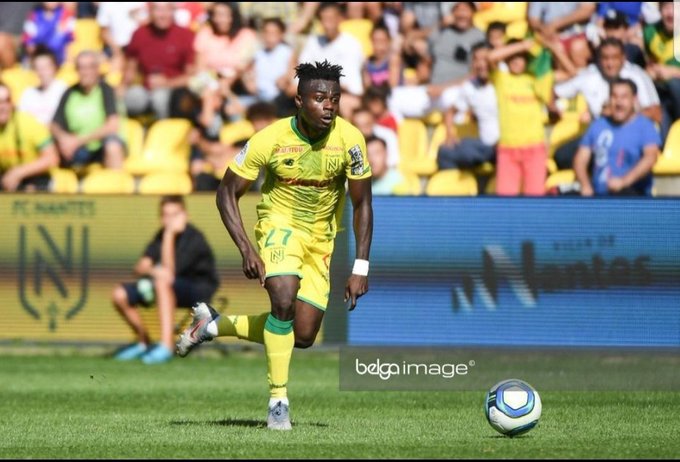 The 24-year-old midfielder, currently at the French side on loan from Levante, beat the likes of Algeria’s Mehdi Abeid, Nicolas Pallois and Andrei Girotto to the prize.

Moses has settled down quickly in France after finding the going tough in Spain and he alone accounted for four goals for the Canaries to shoot ahead of the long queue for the individual accolade.

The month of October started on a fine note for the Super Eagles star as he banged in the match-winner against Nice. The Jos born forward then put on his electrifying boots to notch a spectacular hat-trick in Nantes 8-0 Cup thrashing of lower league side, Paris FC.

A goal earlier in the season brings the former Gent winger’s total tally for Nantes to five goals in 13 games, since his summer loan switch.

The dazzling winger has been named by Super Eagles coach Gernot Rohr in the 23-man squad set to represent Nigeria in the Africa Cup of Nations qualifiers against the Republic of Benin and Lesotho on November 13 and 17 respectively.