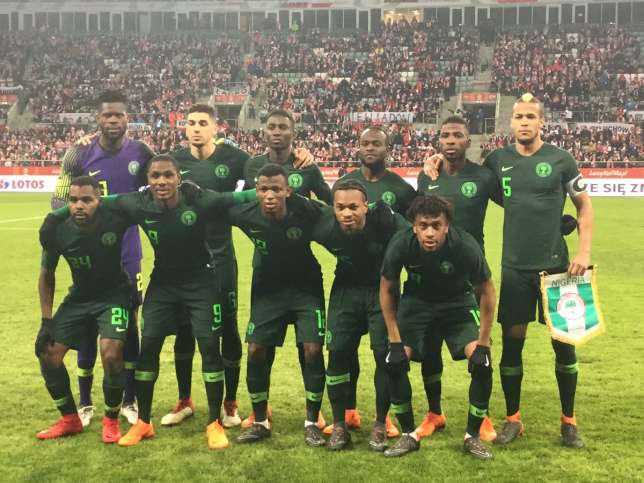 Foreign-based Super Eagles players would be given ten days rest before joining the rest of the squad in preparation for the 2019 Africa Cup of Nation (AFCON) in Egypt, SportingLife.ng reports.

The team media officer Toyi Ibitoye, who disclosed this to SportingLife.ng, said the decision is to allow the players to recover from rigorous European season.

Ibitoye said the players will assemble in Asaba on June 3 and the team will spend up to four days in the city before departing for Egypt, where they are expected to set up camp for the Africa biggest showpiece.

The team’s image-maker also revealed that the Super Eagles will play one friendly match with a yet to be announced opponent during their camping in Asaba.

He added that the Nigeria Football Federation (NFF) are working round the clock to get an opponent for the team which would be announced later.

“Super Eagles will start camping in Asaba on June 3 and there is plan to play one friendly match in the city during their preparation. The team will be there for three or four days. The federation would announce the opponent later because they are doing everything to find a suitable opponent to play during that time,” Ibitoye said to SportingLife.ng.

The three-time African champions returned to the competition after failing to qualify the last two editions.

Nigeria’s campaign at the AFCON gets underway June 22 against Burundi at the Alexandria Stadium.

La Liga Columnist to Chukwueze: No Excuse Not to be Like Messi