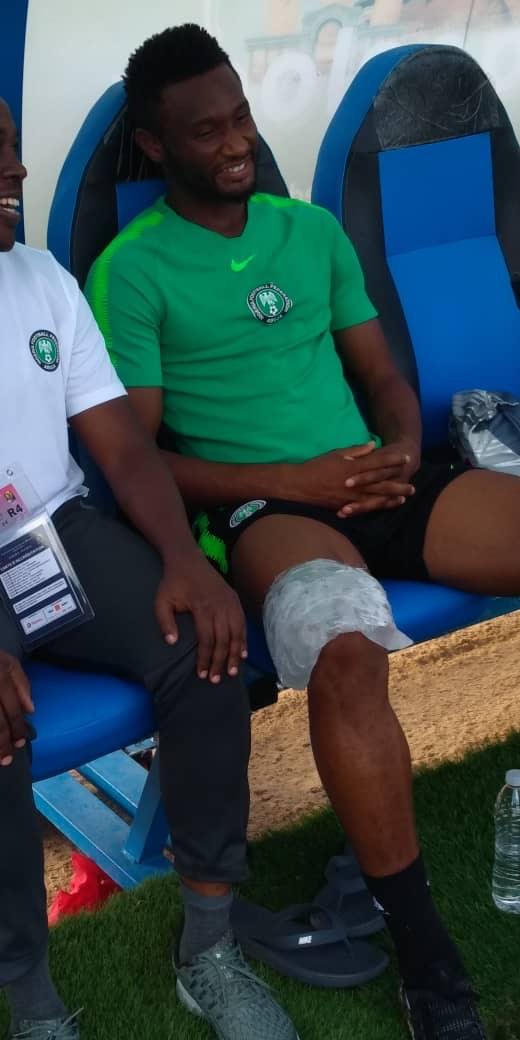 The team under the guidance of the team’s head coach Genort Rohr put finishing touches to their final preparation ahead of today’s Africa Cup of Nations last-16 tie against Cameroon at the training pitch of the Arab Academy For Science & Technology & Maritime Transport, Alexandria, Egypt.
Mikel, who announced his move to Turkish Super Lig club Trabzonspor, during the week have an Ice packs on his right knee to suppress the pains.
He was seen exchanging jokes with a member of the staff while his colleagues had a match fitness exercise.
A source disclosed to SportingLife.ng that Mikel had a swollen knee after the last group B game against Madagascar on Saturday.
SportingLife.ng reports that on Thursday evening, when the players were going for their dinner, Mikel was seen limping his knee and he was showing one of the players his injured leg.

Rohr: Eagles/Cameroon fixture could have been 2019 AFCON final