Super Eagles’ defender Chidozie Awaziem believes that the young players in the national team have justified their inclusion in the squad for the Africa Cup of Nations tournament in Egypt. 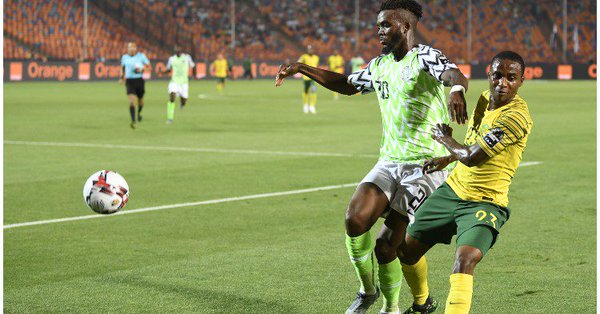 The team head coach Gernot Rohr named several young players among his final 23-man squad for the AFCON and he has relied on some of them for the big matches in the tournament.

The Villarreal of Spain winger Samuel Chukwueze, who made his first starting line up in the game against South Africa on Wednesday, produced an excellent display that earned him a Man of the Match award.

He became the youngest player to score a goal at AFCON tournament following his goal in Nigeria 2-1 win over South Africa in the quarterfinal game on Wednesday.

Awaziem in a chat with SportingLife.ng, said the young players have contributed to the success of the team in the tournament.

“I want Nigerians to know that football is not about age, I think the young ones have played better in this tournament and have proved themselves. I know that there are young players in Nigeria too who have the capability to do it with the national team and I am confident that when they get the opportunity they will do it,” Awaziem said.

Algeria versus Nigeria: Flash back March 1990 on their mind!

Operation crush Algeria: We must play to instructions, Collins warns