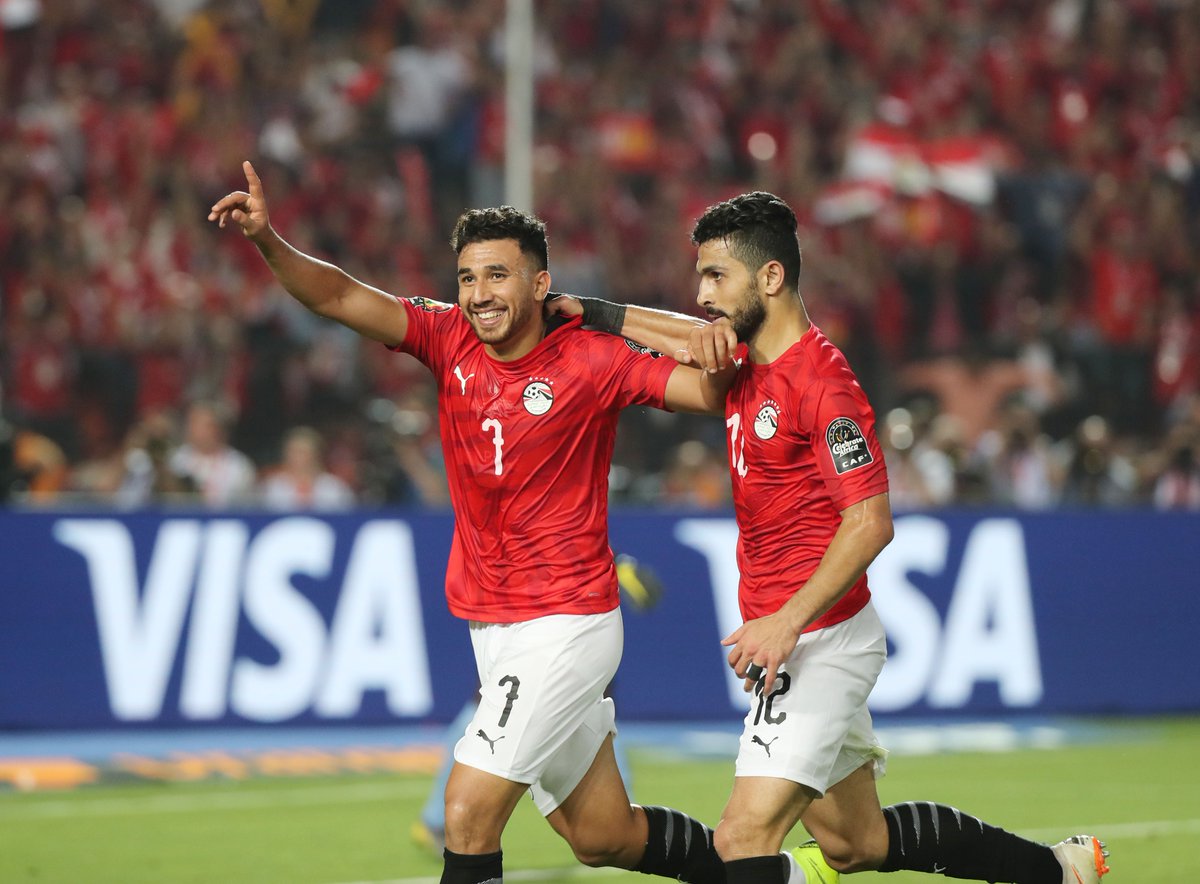 The 23-year-old was on target in the 38th minute of action at the Cairo International Stadium.

It was his seventh goal for the host nation in 35 appearances.

Read Also: Rohr reveals the country he hopes to avoid in Egypt

He got the nickname from the former French footballer David Trezeguet after his former youth coach noticed similarities between the pair in playing style and appearance.

BREAKING: Panic in Eagles camp as Kalu collapses in training