On-loan Liverpool and Nigerian-born midfielder Oviemumo Ejaria made his winning debut on Thursday night for Scottish giants, Glasgow Rangers against FK Shkupi of Macedonia in a 2-0 during the UEFA Europa League qualifiers in Glasgow.

Rangers won the first leg of the two -legged match and a draw or win in Macedonia will pull Steven Gerrard-led side in the next round of the Europa League. 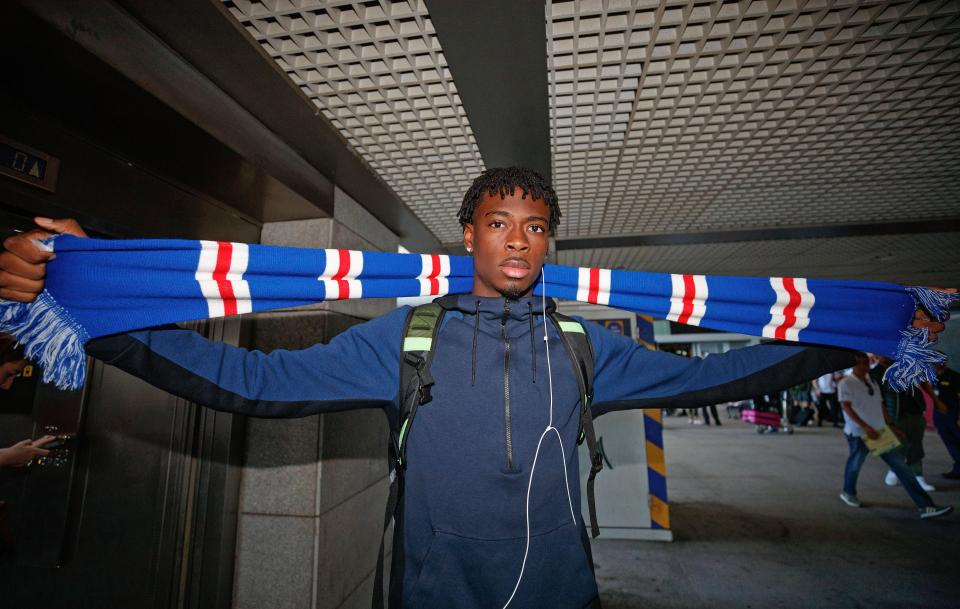 Gerrard was very happy for Ejaria with just 23 minutes under his belt in the game.

“His glimpse of passes shows he’s a joy to watch and its one of the main reason we are having him on loan in Glasgow. The season is still very very young and Scottish football we have something joyous to watch in Ejaria.

Gerrard lamented his side should have put the game to bed in Glasgow said ‘You could feel the relief in the stadium and obviously it’s nice to get the second goal.

‘But I felt as if we should have had the game done by that time with the chances we created. They were very good chances.

‘Yeah, maybe if you’re being over-critical you could probably say we have to sharpen up in front of goal and maybe we will have to blame ourselves for not putting the complete tie to bed.

‘I think we are satisfied with the result and parts of the performance. But I don’t think it’s any better than satisfactory,” Gerrard said after the press briefing at the end of the match.