Super Eagles defender, William Troost-Ekong was in action for Italian side Udinese as they played a 1-1 draw with Torino who also paraded another Nigeria international, Ola Aina in a Seria A fixture played at the Dacia Arena

It was Ekong’s third match of the season since moving from Turkish Buraspor, and he was in action for the entire duration, unlike Aina who came in as a substitute in the 75th minute for Lorenzo De Silvestri. 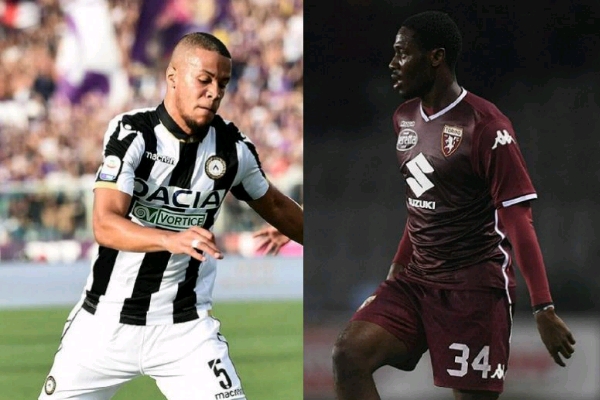 Recalled, that both players missed Nigeria’s 2019 Africa Cup of Nations qualifier against Seychelles in Victoria which was played last weekend due to injury.

With the draw, Torino are eighth ahead of Udinese who have five points to occupy the ninth position on the league table.

Rodrigo de Paul gave Udinese the lead in the 28th minute, while four minutes into the second half, Torino midfielder Soualiho Meite equalized.