Udinese defender William-Troost Ekong has hailed the Super Eagles following their 2-1 victory over South Africa in the quarter-final of the ongoing Africa Cup of Nation (AFCON). 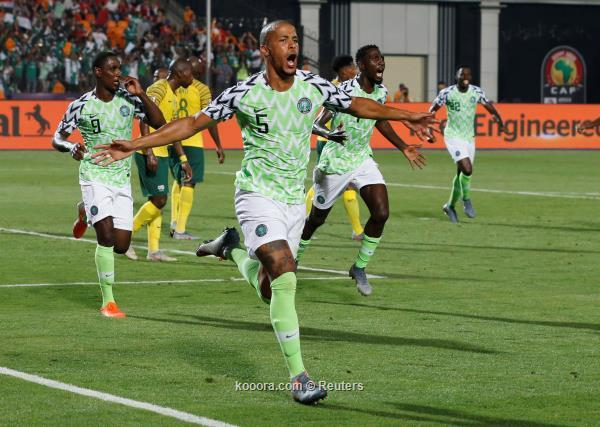 The three-time African champions took a first-half lead through Villarreal sensation, Samuel Chukwueze but the Bafana Bafana leveled scores in the second half before a late winner from Ekong sealed the victory for Nigeria and secured a place in the semi-final.

Ekong said after the match: It was a tough game but we gave our all and I’m proud of the boys. We showed character and we must keep going.’

On the prospect of facing either Algeria or Cote D’Ivory, he said: ‘Both are both good teams and anyone will get will be tough. But we look forward to all the games left now.’

Nigeria will play the winner between Algeria and Cote D’Ivoire in the semi-final.