•Ready for commissioning in two weeks 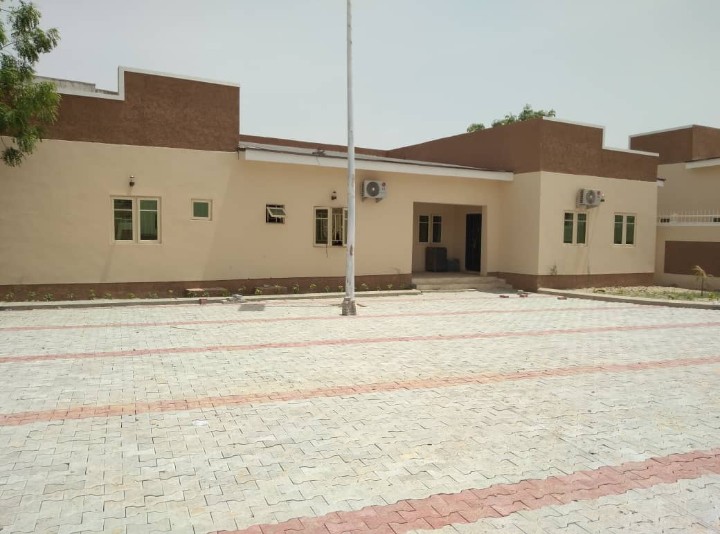 BORNO State government has built a multi-million naira club house for the Nigeria Professional Football League (NPFL) side, El Kanemi Warriors of Maiduguri, Sportinglife.ng reports.
The El Kanemi Warriors chairman Zanna Mohammed Mala told Sportinglife.ng  that the level of work at the club house- located at the Lagos Street in Maiduguri- has reached an appreciable level and due for commissioning in two weeks time.
Mala added that the new club house has eleven blocks which will accommodate four players in a room, a guesthouse with eight rooms and two parlours and a 4-bedroom apartment for the team’s Technical Adviser.
Other important facilities include 2-bedroom and a palour for the Estate Officer while two-bedroom flat for the Security Officer.
He also revealed that the club house will enjoy a 150KVA standby generator and a transformer.
A five-a-side synthetic training pitch was also built inside the club house with Badminton and Tennis Courts.
A club secretariat fully equipped with Conference room was also part of the structure in the compound. A water reservoir system is also available for the residents.
In a telephone conversation with Sportinglife.ng, an elated Mala was full of praise for the Borno State Governor, Kashim Shettima for his unflinching support to the team.
He is also excited that the club house was built during his tenure as chairman while promising to reciprocate the government gesture with silverware before the end of the governor tenure.
“The level of work at the club house of El Kanemi Warriors FC interlocking has reached an appreciable level just as all work on the training pitch, rooms, all civil work and water reservoir system, guest house etc, have all been completed and the commissioning should be done by His Excellency in two weeks time,” Mala confirmed to Sportinglife.ng.
“The project is something I will cherish for a long time and always remember during our time. We thanked his Excellency Kashim Shettima for giving attention to the club. He is doing everything to support the team financially and morally. By the grace of God we will try and win silverware before the end of his tenure to appreciate his kind gesture to the team. I can confirm to you that all the rooms were furnished with best interior design and air-conditions.”
Loading...
El Kanemi WarriorsNigeria Professional Football League( NPFL)