Obinna Eleje has waved off the assertion from Katsina United that he eloped from the team without official permission but insists that the Changi Boys management is aware of his current face off with them as they are yet to pay him a dime over three months ago.

Eleje who joined Katsina United on 1st December 2016 stressed that he has written two separate letters to the club through the Chairman, Aminu Balele Kurfi Indicating the demand for his over three months unpaid salaries which were not acknowledged nor treated. 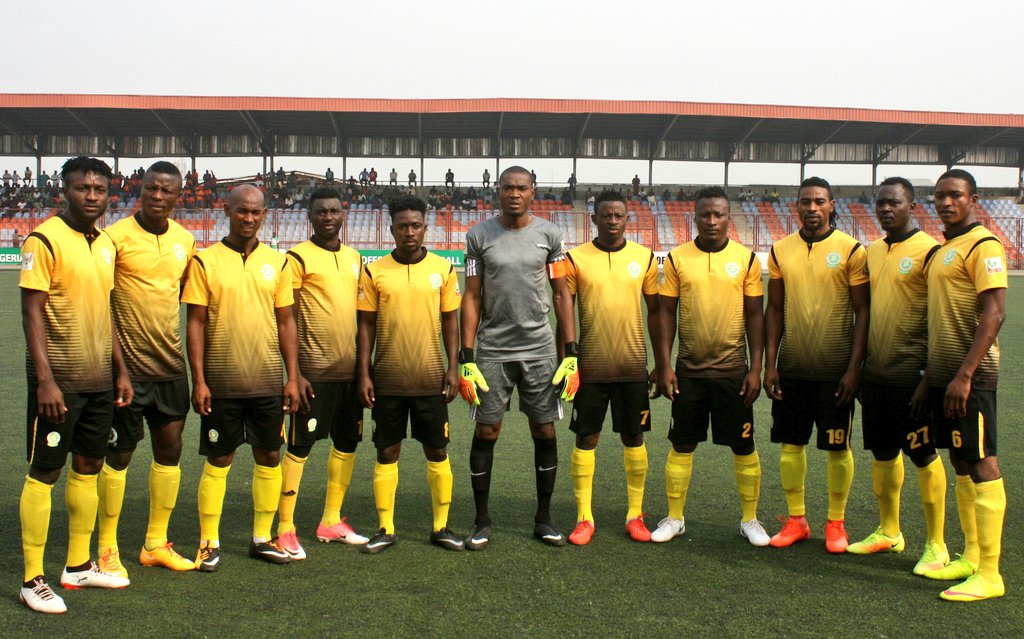 He said he wrote to the club on January 7, 2019, demanding that his three months salary for the months of December 2017, October and December 2018 totalling over a million naira be paid before the end of the stipulated 15 days but that ignored the content of the letter.

The former Enyimba and Warri Wolves striker disclosed that the letter he sent to Katsina United and copied to the League Management Company (LMC) and the Nigeria Football Federation (NFF) had the proviso that Katsina United’s failure to pay his full and complete outstanding sum within 15 days will leave him with no other option than to exercise his right which is to terminate his contract.

He opined that he still wrote a second letter to Katsina United on February 7, 2019, indicating his wish to terminate his contract with them having breached the contractual terms that bound them together.

The content of the letter read: “Further to the above caption and following my Letter of Demand dated 15th January 2019 for unpaid salaries of three months period for December 2017, October 2018 and December 2018 respectively, I Eleje Kingsley Obinna attacker, 25, hereby give formal notice of termination of my contract with Katsina United entered on the 1st December 2016.

“In accordance with FIFA’s Regulation on Status and Transfer of Players, I wrote a letter of demand for the arrears of the three months salaries due to me by a letter dated 15th January 2019 but the management of Katsina United refused to receive same. Similarly, the letter was however sent to the Nigeria Football Federation (NFF) and the League Management Company (LMC).

“Despite the demand, the club refused to adhere to the content of the said letter. The club has paid other players for their December 2018 salary but has refused to pay mine which now makes it four months salaries that I am owed. Consequently upon the failure of the club to pay me my three months salary and refusal to adhere to the content of the letter of demand I wrote to them on January 15, 2019. I hereby
terminate my contract with the club effective from the 7th February
2019.”

The striker said that it was after Katsina United saw the content of the second letter where he served them notice of termination of contract that they decided to come up with the excuse that he left the club since December without notice when he has been in communication with them via the two letters he has sent to them.

He said he never received any correspondence from Katsina United nor from the Secretary of the club, Sani Tinau since he left for the yuletide break.