Emotional Osimhen happy to bring family out of poverty

Nigeria international, Victor Osimhen has reflected on the hardship his family faced while growing up but is happy the era has become history. 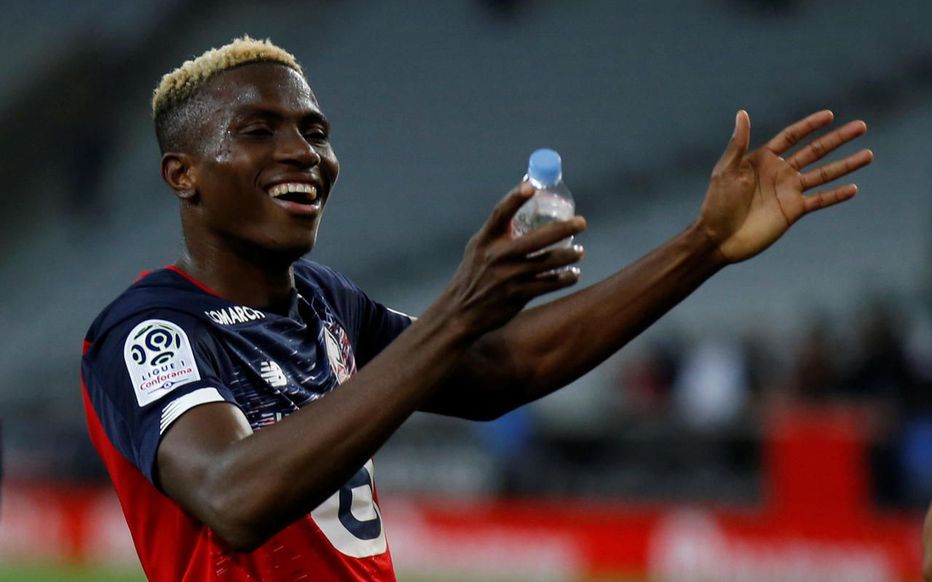 The Super Eagles forward recounted his ordeal to BeIN Sport in an interview recently.

“It was very difficult, when I lost my mother, it became tougher after my father lost his job three months later and everything was very hard for us.

“We did not have enough to eat, but now I can give my family everything they want, since I became a professional. I’ve been able to quickly break the deadlock and give them the life they deserve,” Osimhen told BeIN Sport.

While he sold bottled water, his brother hawked newspapers and his sister sold oranges to make ends meet.

He also recounted how he joined his friends to scavenge for crampons and shoes at the former Olusosun dumpsite in Oregun-Ojota area of Lagos.

Osimhen’s rise to stardom started when he moved to Sporting Charleoi before joining Lille this season where he has become an instant hit.

The 20-year-old who dispelled injury fears will be in action this weekend when Lille face Marseille in a French Ligue 1 clash and next month against Lesotho and Benin Republic in an AFCOn qualifier for the Super Eagles.

Can opts for Paris Saint-Germain ahead Manchester United