England marched into the 2019 FIFA women’s World Cup quarter-finals after a 3-0 victory over Cameroon on Sunday.

But they got the victory in a dramatic match that was overshadowed by the African side’s anger towards the Video Assistant Referee (VAR) over several decisions. 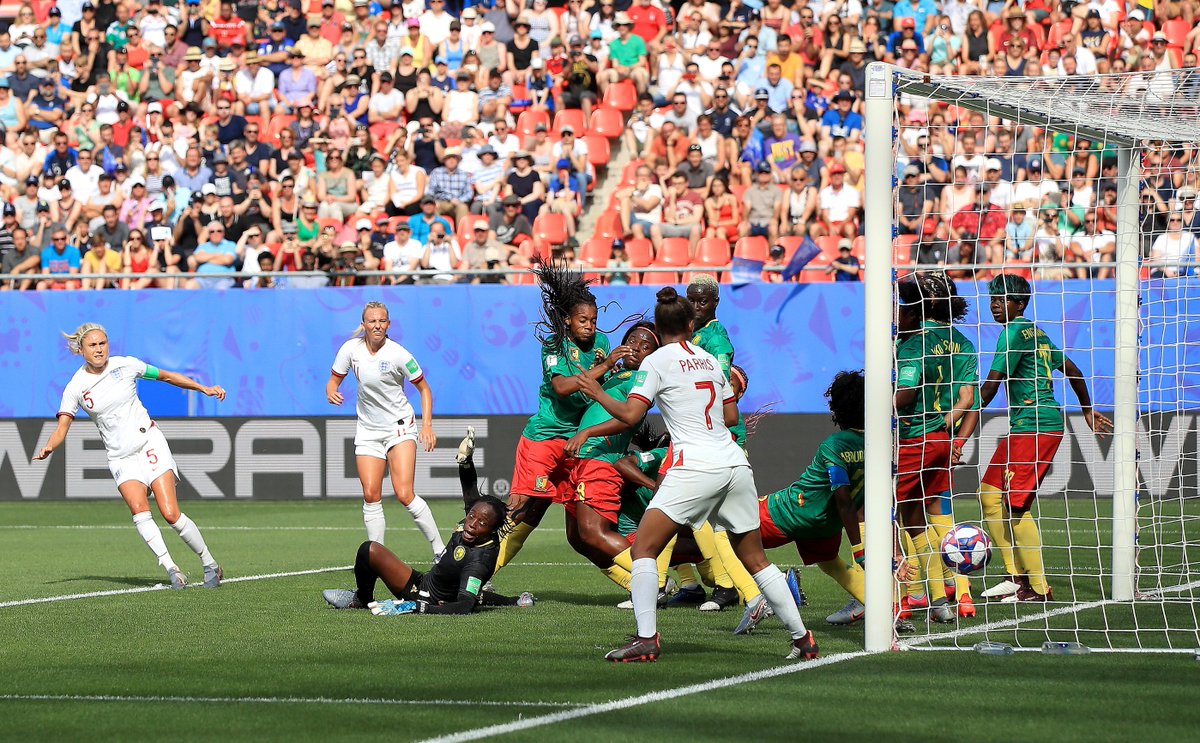 The referee appeared to lose her grip of the contest as the Cameroon players showed their anger at decisions.

England took the lead in the 14th minute when Steph Houghton drilled the ball low into the right corner from an indirect free kick inside the penalty area.

This was after Cameroon goalkeeper Annette Ndom collected a backpass from defender Augustine Ejangue.

Forward Ellen White then scored her fourth goal of the tournament as she collected a pass from defender Lucy Bronze to fire home.

VAR confirmed that she was not offside after the goal was initially disallowed.

That incensed Cameroon’s players who appeared to almost refuse to restart the contest as they argued with the referee in the middle of the pitch.

They furiously pointed to the screen in the stadium which showed the replay.

The match continued after coach Alan Djeumfa managed to calm his players.

But more anger was to follow in the second half after Ajara Nchout scored to reduce the deficit.

The forward’s goal was disallowed for offside following a VAR review, leaving her close to tears amid more protests.

England added a third through defender Alex Greenwood, who swept in a first-time effort from a well-worked corner kick in the 58th minute to rub salt into the wounds.

Cameroon’s Alexandra Takounda was then lucky to be shown only a yellow card for a stamp on Houghton in the dying seconds.

Team captain Gabrielle Onguene avoided punishment for screaming at the referee as well as the injured player.

England meet Norway in Le Havre in the last eight round after the Scandinavians beat Australia on penalties on Saturday.(Reuters/NAN)

We performed below expectation –Falcons captain