England made it two for two in Thursday’s diving competitions at the Commonwealth Games as Andrea Spendolini-Sirieix took the gold medal in the women’s 10m platform.

The 17-year-old found herself down in eighth position after her first dive but surged to the top of the rankings straight after and ended with a total of 357.50 points on the board.

It was a straight shootout between Spendolini-Sirieix and compatriot Lois Toulson for the gold medal on the fifth dive, as the latter sought to emulate the success of boyfriend Jack Laugher, who defended his 1m springboard title a couple of hours before.

Toulson saved her best for last with a magnificent backwards two-and-a-half somersaults with one-and-a-half twists, scoring a trio of 8.5s, but Spendolini-Sirieix managed to upstage her rival with three 9.0s on the same dive. 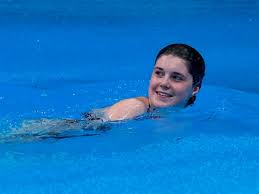 Toulson was over 20 points adrift of Spendolini-Sirieix as she took the silver medal in front of the home crowd, and the bronze went to Caeli Sierra McKay of Canada with 317.50 points.

England’s Eden Cheng was the only other diver to break the 300-point barrier and finished fourth, but Northern Ireland’s Tanya Rachel Watson could only place 10th after fading away in the second half of the competition.

Watson found herself second after two dives before being pushed down the rankings, while Scotland’s Gemma McArthur placed ninth and Lucy Hawkins of Wales finished in 12th.

Thierry Henry is greatest player of the Premier League era