Enyeama to wife: You are my happiness

Former Super Eagles goalkeeper, Vincent Enyeama has again showed how special his wife, Promise is to him following a recent post he shared on his instagram page. 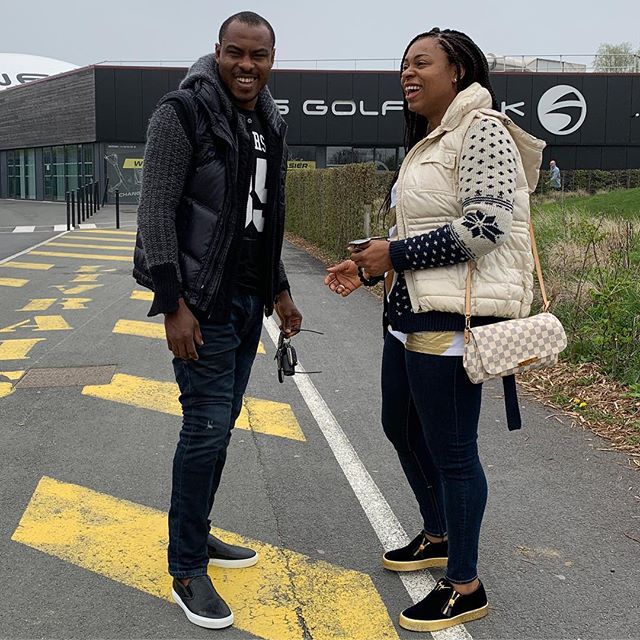 Enyeama, who is often regarded as one of the most talented goalkeepers to have played for Nigeria, has been married to his wife for 12 years.

The ex-Eagles captain addressed his wife as his happiness as they were heading for the golf club in the post.

Interestingly the 36-year-old goalkeeper who  last played a competitive game in April 2017 before being released by French club, Lens in August 2018 is never tired of celebrating his family on social media.

Because of his family, Enyeama has turned down several offers outside France.

“I’ve received some offers in Israel and Turkey. But at this stage in life I want to make family a priority when I need to make a move, because they are very settled here in France.

“The way I play football is with a smile and I would love to do that knowing my family is happy and settled,”  he told goal.com.

The marraige is blessed with three children.