Enyimba players and officials have proceeded to the Temperance Hotel, Ota, Ogun State to commence the final preparation for their CAF Confederation Cup playoffs tie against Tim Sukazi Galaxy of South Africa. 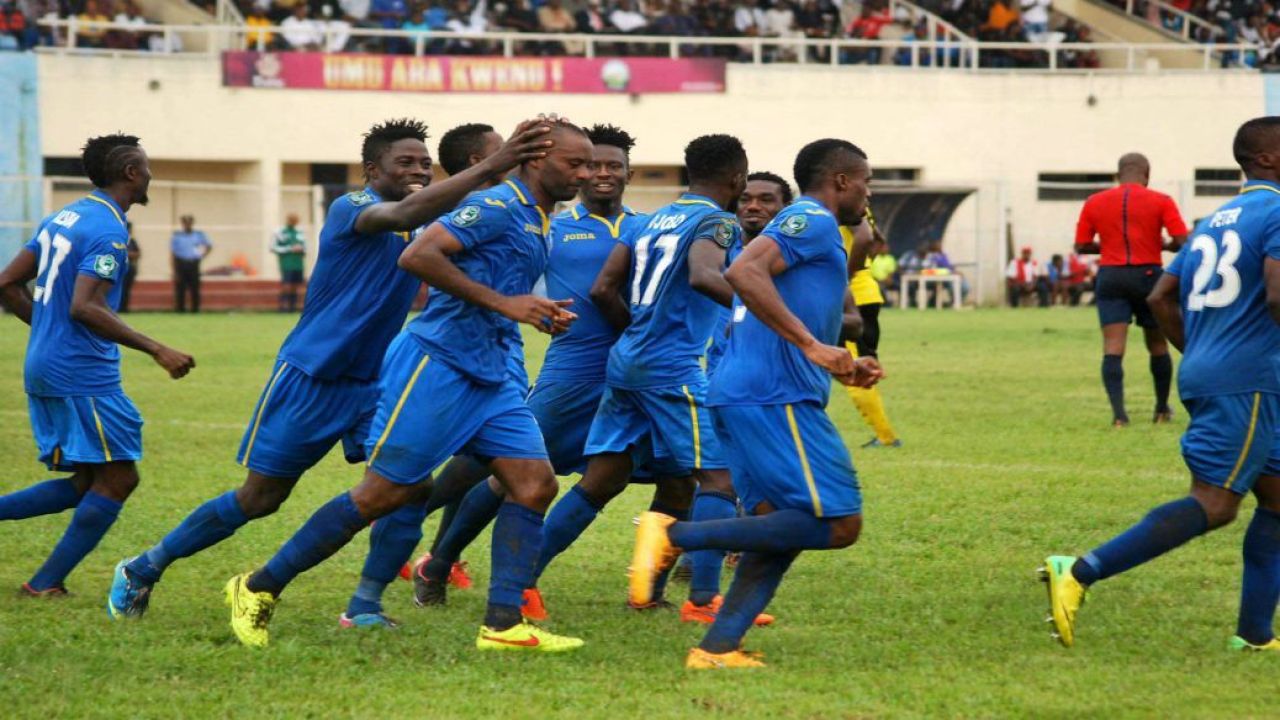 The People’s Elephant’s arrived in Ota yesterday and they will begin intensive training today before return to Aba about a week to the first leg cracker slated for the Enyimba Stadium, Aba on October 27.

Enyimba were narrowly eliminated in the first round of the CAF Champions League after they followed up a goalless draw in Aba to slump 1-0 in Omdurman to Al Hilal of Sudan.

The head coach of the eighth-time Nigerian league champions, Usman Abd’Allah said  they left for Ota with all the 30 players  registered for the competition and that all must fight for the places at stake ahead of the game.

“Yes we left for Lagos today(yesterday). We are going to Temperance Hotel in Ota to continue with the next phase of the build up to the game with TS Galaxy of South Africa,” explained  Abd’Allah.

“We opted against taking part in the Ahlan Cup pre-season tournament because it would have altered our own preparation for the continental assignment. We have played some test games and we are okay with that.”