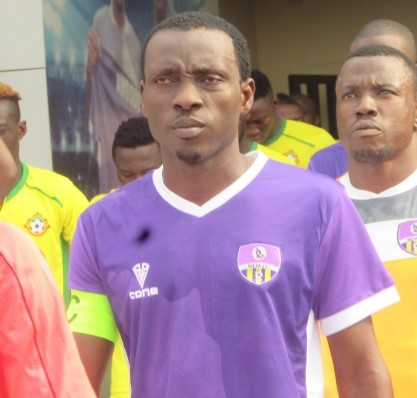 SportingLife.ng had at the weekend reported that the highly rated defender, together  with Chijoke Akuneto and Julius Emiloju  were close to leaving Olukoya Boys with top clubs waiting on the wings to secure their services following the expiration of their contracts at the end of last season.
Opara joins other new signings including Victor Mbaoma and Samson Obi as the People’s Elephant will be hoping for a fine outing in the 2019/20 CAF Champions League campaign.
While confirming the deal, MFM FC Director, Barr Davidson Adejuwon, said it was a hard decision to let the experienced centre-back leave the club.
In his farewell message posted on the club’s official Twitter handle, Adejumo said the deal was accepted in order to support Enyimba’s quest for Champions League glory which begins with a two-legged first-round tie against Burkinabe side Rahimo.
“Letting go one of our best in the person of Opara Austin was a hard and emotional decision for all us at MFM FC.
“But we are doing this to support Enyimba who will be representing the Nation at the next CAF Champion League. We wish Opara and Enyimba FC best of football career,” Adejumo said.
Loading...
Austin OparaEnyimba Football Club of AbaMFM FCNigeria Professional Football League( NPFL)

Ighalo will come in when we are three goals up–Solskjaer

Ighalo will come in when we are three goals…