By Our Reporter Last updated Aug 6, 2022 0
Rodrigo celebrates his equaliser

Jesse Marsch’s new-look Leeds got off to the perfect start as they came from behind to beat Wolves 2-1 at Elland Road.

Wolves dominated the second half, but were pegged back when Rayan Ait-Nouri turned Patrick Bamford’s cross into his own net (74) to give Leeds the three points. 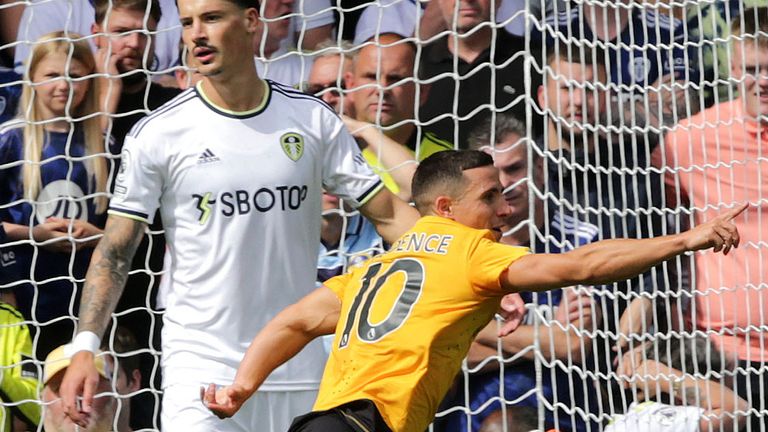 Podence wheels away after his sixth-minute opener

The visitors had initially taken the lead through Daniel Podence’s half-volleyed effort (6) and rode their luck when goalkeeper Jose Sa took out Rasmus Kristensen in the penalty area unpenalised.

🙌 We start the season with a W!

Rodrigo Moreno was on hand to equalise (24), before the own goal – which was initially awarded to debutant Brenden Aaronson – completed the turnaround.

“I’m taking credit for it,” said Aaronson. “It came off my shin somewhere in there”.