Brentford manager Thomas Frank has singled out Nigeria’s Frank Onyeka and his midfield partner Vitaly Janelt for their excellent work against Crystal Palace on Saturday. 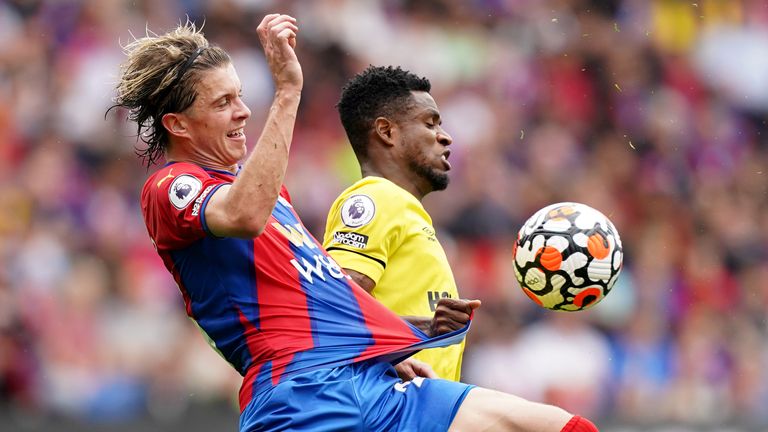 Both players rendered Palace’s attack toothless all game, after marking out a dangerous duo of Wilfred Zaha and Conor Gallagher.

The Premier League new boys have now picked four points from the games and the excited gaffer heaped praises on the Nigerian international and his partner.

“I like Conor Gallagher, he’s a good player but, no disrespect, I felt it was even more important to keep Zaha quiet. We did a very good job of trying to isolate him with high pressure,” Frank said after the game.

“Both Vitaly and Frank the Tank covered a lot of ground. We saw how tired they were at the end and we wanted to keep the intensity going constantly. They both did well, Vitaly did well again today,” he said.

Onyeka is expected to be named Super Eagles by coach Gernot Rohr for the upcoming 2022 FIFA World Cup Qualifying match against Liberia and Cape Verde next month.